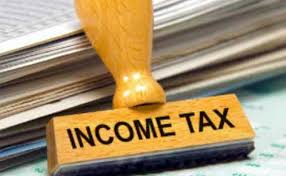 The Income Tax Department today conducted searches at multiple locations in Delhi and Karnataka related to Karnataka Energy Minister DK Shivakumar in connection with a tax evasion probe case.
IT officials said, seven crore and 50 lakh rupees cash was recovered during the searches on the Minister’s properties in Karnataka and Delhi. They said, a total of 39 premises of the Congress leader and his family are being searched by a team of about 120 officials with the aid of central paramilitary forces.
Mr Shivakumar is hosting his party’s MLAs from Gujarat at a Bengaluru resort till the day of the Rajya Sabha elections on the 8th of this month. The Congress legislators were taken to the resort after six of their colleagues quit the party. The IT officials said, they visited the resort to question Shivkumar, who was staying there for the night. The officials added that the resort is not being raided.
The IT department is also investigating charges of alleged role of money power and huge transfer of illegal funds for these polls. Karnataka Chief Minister Siddaramaiah has termed the searches as political vendetta.
Post Views: 243
Share
Previous Governor Narasimhan Calls On President Kovind
Next Opposition Congress accuses govt of creating fear among their party MLAs from Gujarat before Rajya Sabha Polls