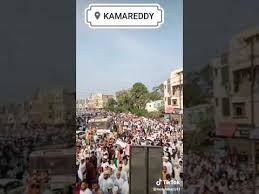 Huge Rally Against CAA & NRC Taken Out In Kamareddy 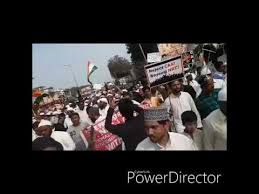 Hyderabad, Dec.20 (PMI): A large number of people participated in a rally against Citizenship Amendment Act and NRC in Kamareddy on Friday.

Senior Congress leader and former minister Mohammed Ali Shabbir said the rally started from Madina Masjid after Friday prayers. People from all religious communities, Congress and Left parties, NGOs and other socio-religious organizations participated in the rally. Holding placards demanding that the BJP government withdraw CAA and drop the plans for National Register of Citizenship (NRC), they shouted slogans against Prime Minister Narender Modi and Union Home Minister Amit Shah accusing them of creating a division among people on religious lines.

The protesters walked up to 3 km and submitted a memorandum to the District Collector. Describing the rally as historic, Shabbir Ali said such a huge gathering was not witnessed on any public issue in Kamareddy. He said unemployment was at its peak and people, especially in the unorganized sector have been facing financial crisis. Therefore, the people want jobs and growth opportunities and not communal politics being pursued by Modi Government.

Shabbir Ali reiterated his demand that Chief Minister K. Chandrashekhar Rao convene a special session of Assembly to pass a resolution rejecting both the CAA and NRC.