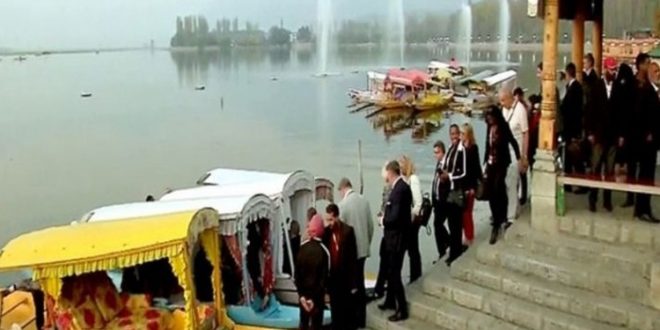 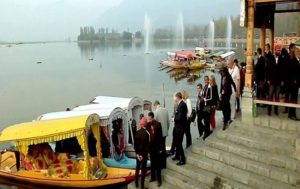 In Jammu and Kashmir, the team of 15 Foreign Envoys today interacted with civil society members and other delegations in Jammu on the second and final day of their visit. The team was also briefed by a high-level team led by Chief Secretary BVR Subramanian and Director General of Police Dilbag Singh about security situation and initiatives of development in the region, post abrogation of Article 370.

They also answered questions posed by the delegates on various issues including arrests, internet ban and law and order situation. They briefed the envoys about ‘zero causality’ during the period, which they said was exemplary on the part of the police and security forces while dealing with the situation.

Financial Commissioner (Health) Atul Dulloo briefed the team about the health facilities created by the government to ensure quality and timely health care facilities to the people of J&K. It was followed by the meeting with various delegations including West Pakistan refugees, J&K Gujjar United Front, PoK Refugees, Valmiki Samaj, lawyers and others.

Most of these delegations welcomed the abrogation of Article 370 and termed it beneficial for their communities. The team also visited the biggest Kashmiri Migrant Camp at Jagati on the outskirts of Jammu city where they interacted with migrants.