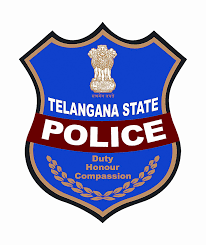 Hyderabad,  Five persons were killed and nine others received grievous injuries when an overloaded Bolero vehicle overturned in the early hours of Monday in Jogulamba Gadwal district, police said.
The victims were workers employed in a cotton ginning factory in Gadwal town. The accident occurred when they were returning to their village after night duty. The accident took place near Parcharla gate in Dharur mandal.  Five persons died on the spot, while nine other injured badly The injured were admitted to a hospital in Gadwal, where the condition of three of them was stated to be critical. The dead are identified as Kotha Venkatanna,  Kotla Venkatanna, Kammari Lohith, Kammari Geethamma  of Chinnapadu and  Arunamma of Emunampalli village.
Police officials said the vehicle was over-loaded. It is alleged that the driver was drowsy and was also driving the vehicle at a high speed. Family members of the victims said that the ginning mill management had arranged one vehicle for 20 workers and this led to the tragedy.