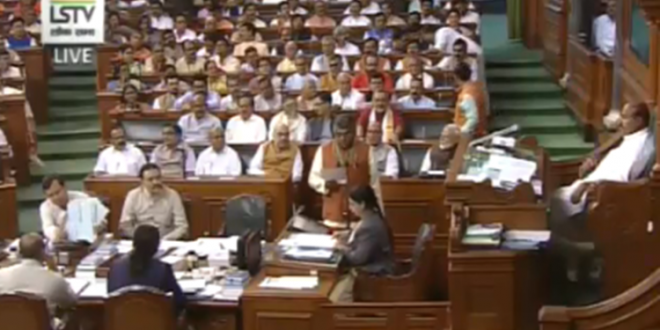 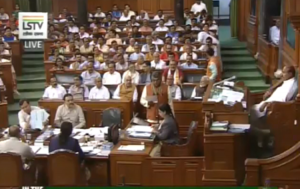 The first session of the newly elected Lok Sabha has begun with administering of oath to the Members.

Pro-Tem speaker Dr. Virendra Kumar administered the oath to the members. Prime Minister and Leader of the House Narendra Modi took the oath. After taking the oath, Mr odi signed  the roll of Members and greeted them.