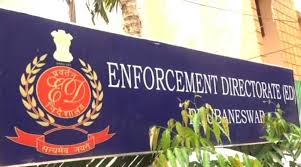 The ED initiated investigation under PMLA on the basis of FIR registered by Telangana Police on the basis of complaint  filed by Income Tax  Department against Kailash Gupta, his sons and their companies Musaddilal Gems & Jewellery, Musaddilal Jewellers Pvt Ltd and Vaishnavi Bullion Ltd for conspiring with certain bullion dealers, chartered accountants and close relatives by  blatantly misusing the scheme of demonetization by illegally depositing huge amounts of unaccounted demonetized cash in their accounts. For this purpose, they fraudulently created some 5,200 back dated fabricated advance sale receipts dated November 8, 2016, each for an amount  less than Rs 2 lakh to avoid furnishing PAN details.

During the course of investigation, it was revealed that immediately after announcement of demonetization scheme, the accused had illegally deposited Rs 110.85 crore in their bank accounts falsely claiming that within a few hours they had received advances of less than Rs 2 lakh each from more than 5,200 customers, on the night of November 8, 2016, for purchase of gold/jewellery from their firms. All the invoices were found to be bogus. Further, analysis of CCTV footages of their offices and that of the neighbourhood revealed that no such activity of purchase of gold was carried out during that period. It was also revealed that those 5,200 invoices dated November 8, 2016 were fraudulently raised on a later date.

Investigation under PMLA revealed that illegally deposited unaccounted cash to the tune of Rs 110.85 crore in the bank accounts of the accused and their companies and subsequently Rs 80 crore was transferred to the bank accounts of various Gold Bullion dealers like Messrs Ashta Lakshmi Gold, Messrs Shri Balaji Gold and so on in the guise of purchase of gold.

The accused have admitted that they had created fake sale invoices dated November 8, 2016. The accused failed to give any satisfactory account of the source of this illegal cash and also failed to provide details of the accounts regarding the utilization of around 270 kg gold so purchased out of this money. For tracing the proceeds of crime, simultaneous searches were conducted on the premises of the accused which resulted in the seizure of 145.89 kg gold jewellery worth  Rs  82.11 crore. (PMI)