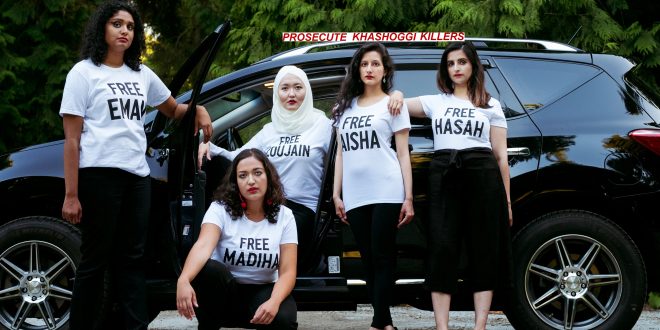 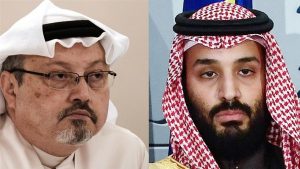 UNITED NATIONS/ RIYADH/ ISTANBUL: Dozens of Western countries called on Tuesday for the release of women activists detained in Saudi Arabia and for those behind the killing of journalist Jamal Khashoggi to be brought to justice.

At least a dozen prominent women’s rights activists were arrested in Saudi Arabia in 2018 as it lifted a ban on women driving cars, a step that many of the detainees had long campaigned for.

Several of the arrested women say they have suffered torture and sexual assault in detention, accusations which Saudi officials reject.

“We stress the need for full accountability and transparent prosecution of those involved in the killing of Jamal Khashoggi,” added Germany’s ambassador, Michael Freiherr von Ungern-Sternberg. 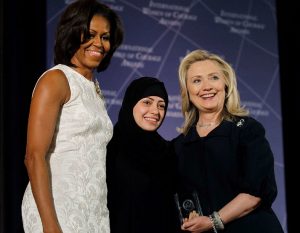 A Saudi court this month jailed eight people for between seven and 20 years for the murder of the journalist in 2018 at its consulate in Istanbul. The trial drew criticism from a UN investigator and from human rights campaigners who said the masterminds of the murder remained free.

Denmark’s ambassador to the United Nations in Geneva, Morten Jespersen, read out a joint statement on behalf of 29 countries – including Australia, Britain and Canada – urging the kingdom to “release all political detainees” and voicing concern at the detention of “at least five women activists”.

John Fisher of Human Rights Watch denounced Saudi Arabia’s “brutal targeting of defenders and dissidents” and urged the release of the women activists and “others arbitrarily detained”. 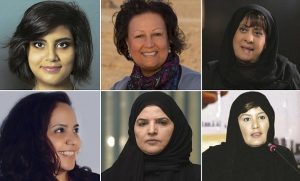 Separately, the UN’s International Organization for Migration (IOM) said it was alarmed by the “deteriorating” conditions for Ethiopian migrants detained in Saudi Arabia and was seeking access to those in need of urgent aid.

Tuesday’s statement, which was hailed by several human rights groups, also highlighted a wide range of other serious rights violations in Saudi Arabia.

“We remain deeply concerned by reports of torture, arbitrary detention, enforced disappearances, and detainees being denied access to essential medical treatment and contact with their families,” it said.

Staur said the countries welcomed recent reforms such as restricting flogging and the death penalty against minors, but stressed journalists, activists, and others still face persecution, detention and intimidation.

The statement also echoed the criticism voiced by UN Rights Chief Michelle Bachelet over the “arbitrary detention” of a number of women human rights activists in the country. 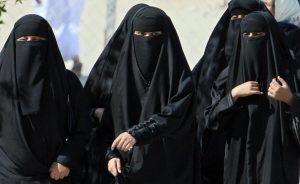 She told the opening of the council session on Monday the detained women simply requested to “be empowered to make their own choices, as equals to men”, insisting “they should be released without delay”.

Saudi Arabia’s representative hit back on Tuesday insisting “the detention of any women has nothing to do with their right to exercise the freedom of expression, but for violations of the standing laws”.

“Their rights are fully respected as detainees,” he said, adding they were guaranteed a fair trial.

Saudi Arabia has detained and put on trial a dozen female activists who long campaigned for the right to drive, which was finally granted in the kingdom two years ago.

Some of the activists allege they were tortured and sexually harassed by interrogators. Staur highlighted that at least five women’s human rights defenders arrested in 2018 remain in detention. 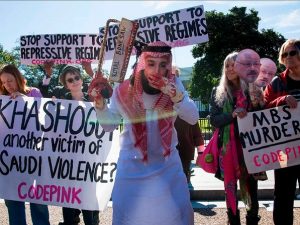 “We reiterate our call for the release of all political detainees and are particularly concerned about the use of the counterterrorism law and other security provisions against individuals peacefully exercising their rights,” he said.

“Council membership comes with an expectation of upholding the highest standards in the promotion and protection of human rights,” Staur said.

John Fisher of Human Rights Watch denounced Saudi Arabia’s “brutal targeting of defenders and dissidents” and urged the release of the female activists and “others arbitrarily detained”.