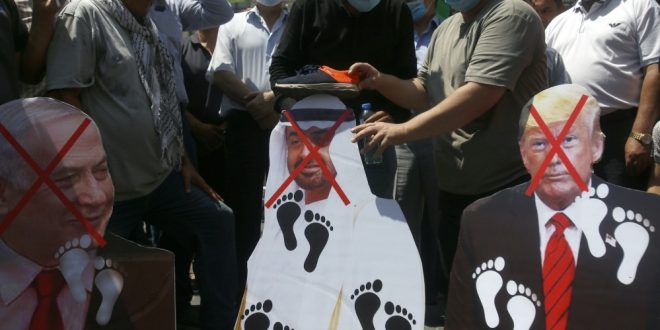 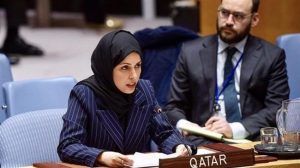 DOHA/ ISLAMABAD/ JERUSALEM/ DUBAI: A high-ranking Qatari official says Doha will not follow in the footsteps of neighboring Bahrain and the United Arab Emirates (UAE) to normalize relations with Israel, emphasizing that Doha will not take such a measure as long as the Palestinian issue is unresolved.

“We don’t think that normalization was the core of this conflict and hence it can’t be the answer,” Qatari Spokesperson for the Ministry of Foreign Affairs Lolwah Rashid al-Khater, said in an exclusive interview with Bloomberg television news network on Monday.

She added, “The core of this conflict is about the drastic conditions that the Palestinians are living under” as “people without a country, living under occupation.”

Last week, Bahrain joined the UAE in striking an agreement to normalize relations with Israel.

In a joint statement, the United States, Bahrain and Israel said the agreement to establish ties was reached after US 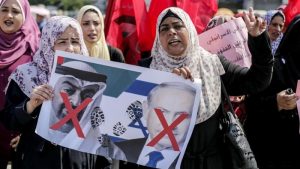 The deal came one month after the UAE and the Tel Aviv regime agreed to normalize ties under a US-brokered accord.

Bahrain will join Israel and the UAE for a signing ceremony at the White House hosted by Trump later on Tuesday. The ceremony will be attended by Netanyahu, Bahrain’s Foreign Minister Abdullatif Al Zayani and Emirati Foreign Minister Sheikh Abdullah bin Zayed Al Nahyan.

Elsewhere in her remarks, Khater pointed to the attempts, backed by Kuwait, to end the economic and diplomatic blockade Saudi Arabia and a number of its allies imposed on gas-rich Qatar in June 2017, noting that the efforts have not yet reached a tipping point.

“In the past couple of months, there have been messages and messengers going back and forth,” she said. 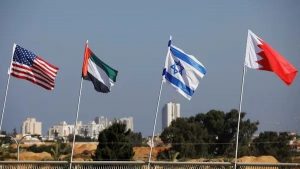 “It’s very early to talk about a real breakthrough,” but “the coming few weeks might reveal something new,” the top Qatari official pointed out.

“We’re beyond this point. The point we are at is engaging constructively in unconditional negotiations and discussions” that “do not necessarily need to include all parties at once,” Khater said.

Saudi Arabia, the UAE, Bahrain and Egypt severed diplomatic and trade ties with Qatar on June 5, 2017, after the quartet officially accused Doha of meddling in regional affairs and supporting terrorism.

The quartet later issued a 13-point list of demands in return for the reconciliation, which was rejected as an attack on Qatar’s sovereignty.

‘Pakistan won’t compromise on Palestine cause’ 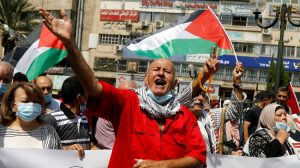 Meanwhile, Pakistani Prime Minister Imran Khan reacted to Bahrain’s normalization of ties with the Israeli regime following the UAE, saying, “Any recognition of Israel will face strong opposition from Palestinian people. We cannot make a decision which runs counter to the aspirations of the oppressed Palestinian nation. We will continue to support the fair resolution of the Palestinian issue.”

“If the whole world wants to recognize Israel, Islamabad would not do so and would never make a decision contrary to the wishes of the Palestinian people” Khan told Urdu-language 92 News television news network on Tuesday.

He underlined that the Pakistani government will never compromise on its fundamental principles of supporting Palestine and its liberation, as stated by the founder of Pakistan Muhammad Ali Jinnah.

“Until a just solution to the Palestinian issue is produced, any recognition of the Zionist regime is ruled out. How can we accept to normalize with the Zionists when the main Palestinian parties do not accept it?” the Pakistani premier said.