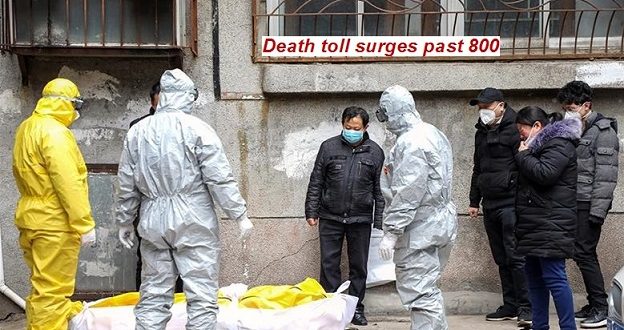 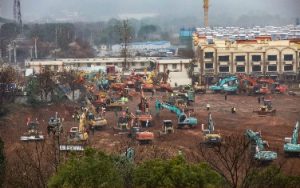 BEIJING/ SICHUAN: Orders issued by China’s top health authority for the swift cremation of the remains of coronavirus victims at facilities near the hospitals where they died appear to be an overreaction and unnecessary to curb the transmission of the disease, top epidemiologists have said.

The February 2 notice from the country’s National Health Commission requires hospitals to notify funeral parlours of the death along with family members, but also states the procedure can be completed even if the family of the deceased does not agree.

According to the NHC cremation order: “If family members of an nCoV-2019 patient refuse to show up for the procedure or refuse to comply, and medical institutions, cremation parlors have failed to persuade them to do 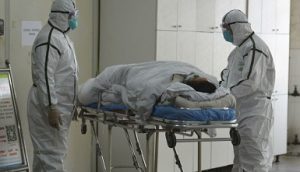 so, then the body can be cremated with the medical institutions’ signature, and public security authorities overseeing the area must carry out their relevant work accordingly.”

The order also prohibits funeral ceremonies for those who have died from the virus, potentially cutting off the grieving process and any religious ceremony for families and entire communities who are mourning the loss of their loved ones, and there is little sign such an arrangement is even necessary.

“There is no evidence to suggest that the coronavirus can spread during preparations of the body for burial,” Ronald St John, former director-general of the Centre for Emergency Preparedness and Response at the Public Health Agency of Canada who managed Canada’s response to the 2003 SARS outbreak, told Al Jazeera. 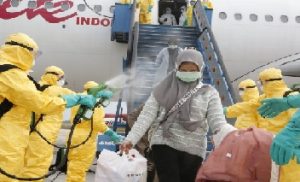 “That is not the case for Ebola, where much care has to be taken with the disposal of the body,” St John said. “There may be a practical element for this decision, [meaning] cremation is fast and takes up less space than standard burial if large numbers of deaths might occur.”

As of Sunday, at least 811 people in mainland China have died from the virus, with most of them in Hubei province where the outbreak is thought to have originated in December and where understaffed hospitals have been overburdened by known and suspected cases.

“The risk for droplet transmission from a dead body is extremely low,” Dr Hagai Levine, professor of epidemiology with expertise in outbreak investigation, at the Hebrew University-Hadassah School of Public Health in Jerusalem, told Al Jazeera. “There is a long history of fear from dead bodies during epidemics.” 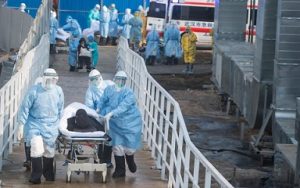 It is also a problem, according to epidemiologists, that both those known to have died of the coronavirus and those who have died from pneumonia but have not been not confirmed to have contracted the virus, are being cremated.

These actions are leaving major gaps in the investigation data even though it has been over a month since China first notified the World Health Organization (WHO) about the outbreak.

“We still don’t know even the basic descriptive epidemiological data such as distribution of cases and deaths by age, sex and risk factors, as well as 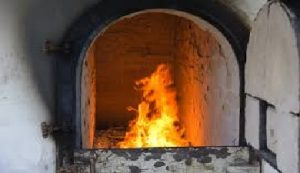 “We need more reports of professional outbreak investigations and descriptive epidemiology from China in order to establish key factors such as mode of transmission and incubation period,” he added. “More and better epidemiological investigations – or better reports – are urgently needed in order to inform evidence-based response.”

When reached on Sunday, a representative of the NHC’s publicity department said only faxed questions with the official stamp from Al Jazeera would be accepted and that officers could not respond to questions over the phone.

A WHO spokesperson Tarik Jasarevic said the agency does not have special recommendations regarding dealing with remains for victims of the 2019-nCoV.

“We recommend following national and hospital guidelines for management of dead bodies for infectious diseases,” Jasarevic said in an emailed statement.

The cremation order has also come under fire amid posts on Chinese social media of family members who never agreed to have relatives cremated, only found out after the fact, or could not stop bodies from being transported for cremation.

Most of these posts appear to be getting censored as authorities ramp up scrutiny of online messaging about the order. 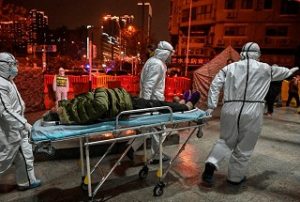 One prominent post about the emotional and physical toll the epidemic was taking on a funeral parlour worker in Wuhan working nearly 24 hours a day under extreme pressure was removed within a day of it appearing.

Reached by phone on Thursday to discuss the current situation, a worker from the Wuchang Funeral Parlour only responded that “the government has solved the problems” before hanging up.

“It is especially concerning that there are so many reports of people dying and [being] quickly cremated but not having been tested, as their deaths may not have been recorded as official victims of the 2019-nCov virus – which may be relevant for future compensation as well as global virus tracking – and their family members not properly scanned, treated, or supported,” Frances Eve, deputy director of research at Chinese Human Rights Defenders, told Al Jazeera. 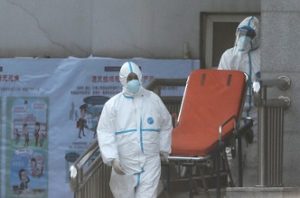 “Everyone who has died from the coronavirus is a person who had a life, family, and friends. The victims of this crisis deserve dignity in their death,” Eve said.

Faith organisations understand the Chinese government is under tremendous pressures, particularly in the hardest-hit areas of Hubei. They do, however, also hope authorities can find a middle ground that could allow for proper observance for families, as has been done even with more virulent diseases such as Ebola.

“The directives may be necessary to be implemented, but the authorities should be encouraged to apply it in a dignified and sensitive manner – both to the deceased and the grieving family [and] friends,” Manoj Kurian, a doctor and coordinator at the World Council of Churches told Al Jazeera.

“The concerned officials may need assistance from social workers and 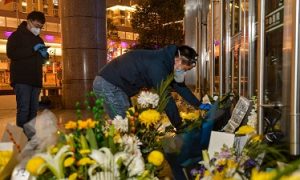 traditional and religious persons who are knowledgeable about these practices,” Kurian said.

“From the experiences [with] the Ebola outbreak, it is evident that a consultative process in approaching and practising burials [or] cremations in a dignified and respectful manner, without compromising the public health, will ultimately help curb the outbreak.”

For past Ebola outbreaks, where up to 20 percent of new infections were the result of the burial process, the WHO issued specific protocol regarding burial and how to preserve customs, religious practices and respect for those who had died.

“Ultimately this is about the authorities having all the control—and the people affected having no say in anything—which is the way Chinese society sadly functions under the [Communist Party of China],” Maya Wang, a senior researcher with Human Rights Watch in Hong Kong told Al Jazeera.