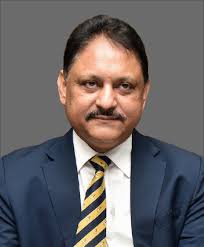 The Chief Secretary held a high-level review meeting at Secretariat today and took stock of the land details in all the districts. The meeting assumes significance as the three months long land record survey began in villages and urban bodies on Friday for updation of revenue records.

“State level officials should instruct their district officials to make field level survey to ensure that all the records of the lands are collected and brought under revenue records. The officials, who prepared the details have to submit the same to the Collectors, he said. Chief Minister K Chandrasekhar Rao has asked for collecting data of government offices, assets and lands, he said. As per the Chief Minister’s directive, the details of the lands, assets and offices should be attached to Revenue department, the Chief Secretary said. Since the details of all the departments are not recorded so far, their details have to be brought under Revenue department, he added.

He also sought to make efforts to collect details of central government offices like railways, national highways, telecom, power grid and others. Stating to correct the details of lands given by farmers for public cemeteries he instructed to record the details of schools, market yards, godowns and roads as part of comprehensive land survey. The department officials should make themselves available to the teams visiting villages for the land and assets survey he said.