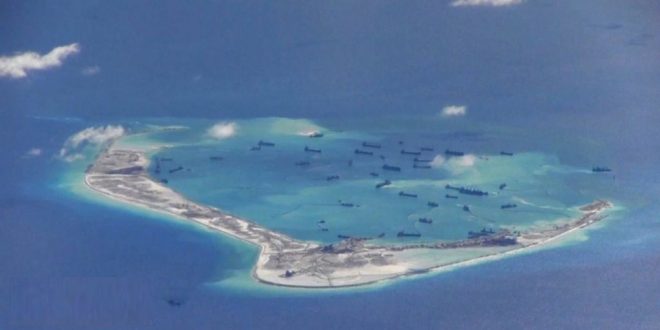 BEIJING/ WASHINGTON: China’s pursuit of offshore resources in parts of the South China Sea is “completely unlawful”, US Secretary of State Mike Pompeo has said.

Pompeo said he wanted to make clear that Beijing’s “campaign of bullying to control” the disputed waters was wrong. 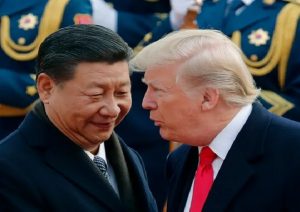 China said that the US “deliberately distorts facts and international law”.

China has been building military bases on artificial islands in the region also claimed by Brunei, Malaysia, the Philippines, Taiwan and Vietnam.

The countries have wrangled over territory in the South China Sea for centuries, but tension has steadily increased in recent years.

Beijing claims an area known as the “nine-dash line” and has backed its claim with island-building and patrols, expanding its military presence there.

Although largely uninhabited, two island chains in the area may have reserves of natural resources around them. The sea is also a shipping route and has major fishing grounds.

In a statement on Monday, Pompeo denounced China’s claims on the dispute Spratly Islands in the South China Sea, saying Beijing had “no legal grounds to unilaterally impose its will on the region”.

He said the US, which has previously said it does not take sides in territorial disputes, rejected Beijing’s claims to waters off Vietnam, Malaysia and Indonesia. 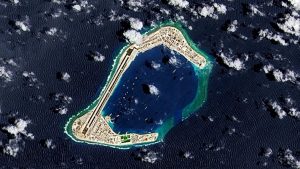 “Any (People’s Republic of China) action to harass other states’ fishing or hydrocarbon development in these waters – or to carry out such activities unilaterally – is unlawful,” he said.

“The world will not allow Beijing to treat the South China Sea as its maritime empire.”

In a statement posted on Twitter, the Chinese embassy in Washington DC said the US State Department “deliberately distorts the facts and international law including the United Nations Convention on the Law of the Sea”.

It said America “exaggerates the situation in the region and attempts to sow discord between China and other littoral countries.

“The accusation is completely unjustified. The Chinese side is firmly opposed to it.”

Before now, the US had not taken sides on territorial disputes in the South China Sea.

Four years after an international tribunal in The Hague ruled that China’s claims in the region have no legal basis; the US has for the first time officially made its stance clear but why now? 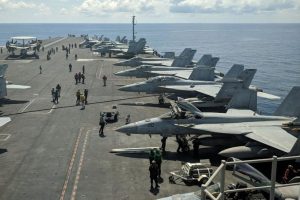 Last week, China and the US held naval exercises in the area at the same time – a rare phenomenon indicating rising tensions.

In the bigger context, the Trump administration has pledged to overturn what it says is 40 years of policy failure with regard to China. Washington has recently criticized Beijing on issues ranging from its handling of the coronavirus pandemic, to human rights violations against Muslim minorities in Xinjiang and how it has dealt with pro-democracy protests in Hong Kong but it was China’s land reclamation projects in the South China Sea that prompted the rest of the world to reassess Beijing’s international ambitions.

And the stakes in the region are incredibly high. In these seemingly insignificant island chains and reefs, there are growing risks of military conflict between the world’s two most powerful countries.

Pompeo said the US stood “with our South-East Asian allies and partners in protecting their sovereign rights to offshore resources,” adding that this position was “consistent with their rights and obligations under international law”. 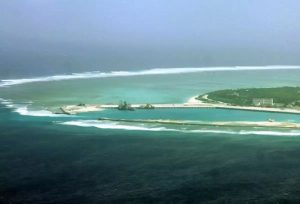 The sea, home to vital shipping lanes, has in recent years become a flashpoint for tensions between China and other nations which claim sovereignty over two largely uninhabited island chains, the Paracels and the Spratlys.

China claims the largest portion of territory, saying its rights go back centuries. The area is rich for fishing and is thought to have abundant oil and gas reserves.

The US has long been critical of what it says is China’s militarization of the region and routinely angers Beijing with “freedom of navigation” missions.

In August 2018, a media team flew over the disputed South China Sea islands in a US military plane. In a radio communication, the pilots were warned to leave the area “immediately” in order to “avoid any misunderstanding”.

Months earlier, China landed bombers in the disputed territory to take part in drills on islands and reefs.

China has previously accused the US Navy of provocation and interference in regional matters. (Int’l News Desk)