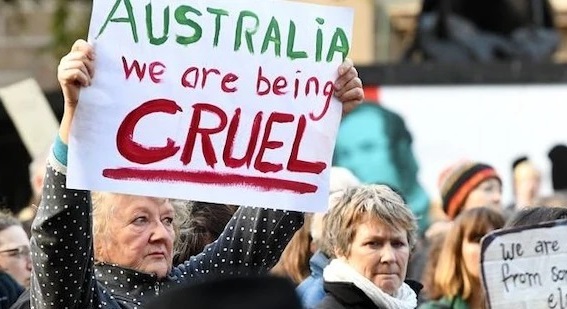 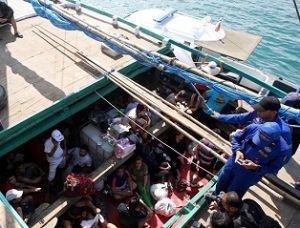 CANBERRA/ MELBOURNE: Australia has repealed a medical evacuation law for asylum seekers and refugees detained in its so-called offshore processing centres in Papua New Guinea and Nauru citing concerns about security, and triggering an angry response from opposition politicians and refugee advocates.

With the upper house Senate split along party lines, the repeal hinged on the deciding vote of independent Tasmanian senator Jacqui Lambie. The House of Representatives, the lower house, had already voted repeal the law in July, but the Senate referred the legislation to a committee for review before debating it.

Commonly known as the Medevac Bill, the law allowed refugees to be brought to Australia for urgent medical treatment. Since the legislation came into force in February, 179 people have been transferred to Australia from Nauru and Papua New Guinea for health reasons.

A further 20 cases are believed to have been approved, but the Nauru government did not allow the people to leave. Only one transfer has been rejected on security concerns.

Last week, Lambie said did not believe that the government’s immigration policies were undermined by medical evacuation, but that she understood the government had concerns about the way Medevac was being implemented. Lambie said she would support the repeal if the government met one condition.

“This has been a really hard decision for me to make,” Lambie said, breaking down in tears as she noted that she did not want to go back to “the way things used to be”.

Before Medevac came into force, 12 asylum seekers had died in offshore detention.

“I am more than satisfied that the conditions to repeal Medevac are now in place,” Lambie said, but would not reveal what those conditions were due to national security concerns.

The lack of transparency around the “secret deal” was condemned by the opposition and the Greens.

The government has, for years, run a harsh offshore detention system designed to deter people from trying to reach Australia by boat. Under the policy, asylum seekers found at sea are sent offshore for “processing” with no hope of ever being settled in Australia. 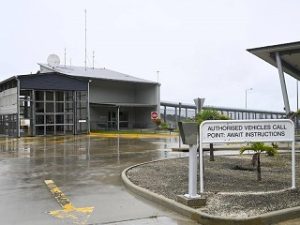 Most Australians support medical evacuation for refugees, with a new poll showing 62 percent in favour of the legislation. Just 22 percent said they thought the law weakened Australia’s borders. An open letter signed by more than 5,000 doctors was also delivered to Parliament last week, calling on senators to retain Medevac.

“The repeal of Medevac is a devastating outcome for the lives of people who have already suffered so much,” said Dr Barri Phatarfod, founder of Doctors for Refugees. “It’s a display that fear seems to triumph over common sense.”

“Medevac was solely designed to provide people with healthcare, not influence immigration outcomes. How much hate do we have to have in our hearts to deny innocent people healthcare? This is an absolute low.”

Dr Phatarfod said that even if Lambie’s agreement required the government to accept a resettlement deal with New Zealand, as widely rumoured, it was not sufficient. 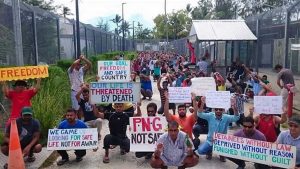 “That’s confusing immigration with healthcare,” she said. “Making the repeal contingent on an immigration consideration has nothing to do with providing healthcare.”

The government has repeatedly argued that the Medevac Bill is a security concern, alleging that migrants were “gaming” the system to come to Australia. Prime Minister Scott Morrison said in February: “Someone who’s a paedophile, who’s a rapist, who has committed murder – any of these other crimes – can just be moved on the say-so of a couple of doctors on Skype.”

Refugee advocates reject such claims, saying that the bill is necessary to ensure asylum seekers sent offshore get the medical care they need. There are believed to be more than 400 people still detained in PNG and Nauru, including about 50 who were moved into the jail in PNG’s capital, Port Moresby, because they had nowhere else to go.

Medical treatment is extremely limited in both Nauru and PNG, with little capacity to handle illnesses such as diabetes and heart attacks. 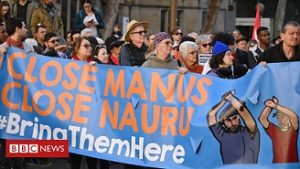 The Medevac Bill gave Australian doctors the ability to recommend a person in offshore processing to be transferred while the Immigration Minister could refuse the recommendation if he disagreed on medical or security grounds. If the concerns were medical, the case was referred to the Independent Health Advice Panel (IHAP) for review.

Greens Senator Nick McKim said the lack of transparency around the deal was reflective of the government’s immigration policy more broadly. “The system was designed around secrecy,” he argued in Parliament. “We are still in the dark, with secrecy not as a bug but as a feature.”