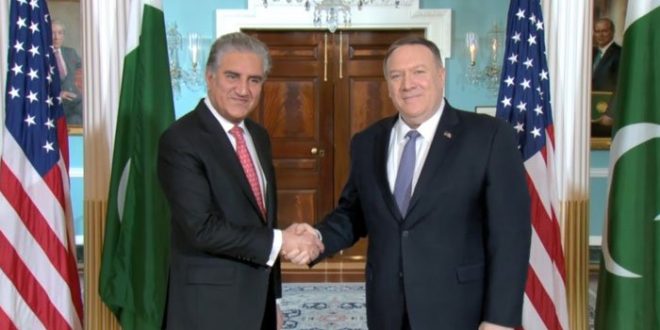 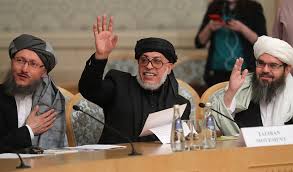 KABUL/ WASHINGTON/ ISLAMABAD/ TEHRAN: Pakistan’s Foreign Minister (FM) Shah Mehmood Qureshi has said the United States should withdraw troops from Afghanistan in a responsible manner and avoid repeating the mistakes from the past.

The remarks were made during an interview with American broadcaster Fox News. The statement from Qureshi also came within hours of meetings with US officials, including US Secretary of State Mike Pompeo.

Over the past week, the minister has been on a diplomatic outreach mission following increased tensions between Iran and US. He was in Tehran and Riyadh before the trip to Washington.

In the interview with Fox, the foreign minister talked about several topics of concern to Pakistan, including the Afghan peace talks, tensions in the Middle East, and Indian atrocities in occupied Kashmir. 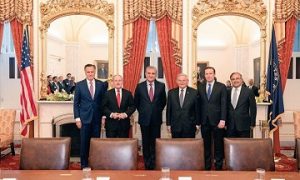 “Pakistan is asking (the US) for a responsible withdrawal unlike the eighties which created a vacuum for the destructive forces to take over,” he said after being asked about US involvement in the Soviet-Afghan war.

Responding to a question about the Afghan peace process, Qureshi said that Pakistan facilitated a US dialogue with Taliban on the request of US President Donald Trump in a hope for peace and stability in the region.

“The Taliban are speaking to the US today and there is a possibility of an agreement,” he said, mentioning about Thursday’s announcement by Taliban of a ceasefire of seven to 10 before they could take next step leading to dialogue.

Asked to comment on the possible participation of PM Imran at a Shanghai Cooperation Organization summit in India later this year, Qureshi said Pakistan had always said it would take steps toward peace. 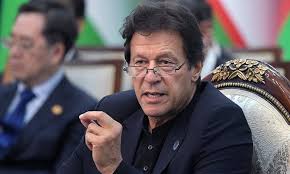 “The Prime Minister is ‘very very’ clear that if India takes one step, Pakistan will take two,” he said, adding that, “unfortunately India is showing a negative attitude, and resorting to repression in Kashmir”.

Earlier on Friday, Qureshi met Pompeo in Washington to discuss bilateral ties, trade, tensions in the Middle East and the human rights situation in Indian-occupied Kashmir.

In messages shared on Twitter after the meeting, Qureshi and Pompeo both said that the Afghan peace process also came under discussion during the meeting.

“The convergence between Pakistan and US stands as a unique opportunity for peace in Afghanistan, ultimately a shared responsibility. Pakistan will continue to play part for peace in entire region,” FM Qureshi tweeted. 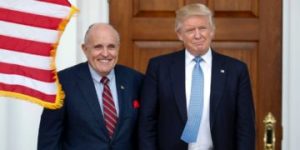 US Secretary of State Pompeo sent out a tweet saying that he had enjoyed meeting FM Qureshi and held discussions on him on a wide range of issues of bilateral interest to the two countries.

In a press release issued after the meeting, the Foreign Office said that Pakistan desired peace and stability in the region and was committed to play its role ending heightened tensions.

According to the Foreign Office, in the meeting, FM Qureshi also apprised his American counterpart of the continued grave human rights violations by New Delhi in Indian occupied Kashmir. 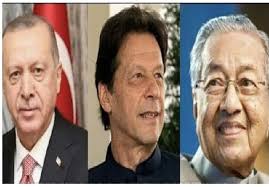 Qureshi said that the dream of a “peaceful South Asia” would remain elusive until the Kashmir issue was addressed in accordance with the UN resolutions and Kashmiris were given the right of self-determination.

Qureshi noted it was due to the joint peace efforts of Pakistan and the United States that after 40 years of long confrontation, the news of peace through political settlement was coming from Afghanistan.

“Historically, the joint efforts of Pakistan and the United States for the establishment of peace in South Asia have always been productive and beneficial for both the countries,” the minister remarked. 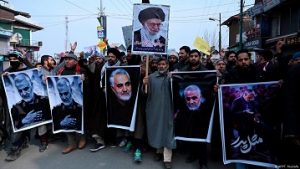 The foreign minister said that the Iranian leadership had signalled a willingness to ease tensions with its Arab neighbors. The Iranians “highlighted the issues, the differences, they have had with other important countries in the region,” he said.

Pakistan has already made it clear that it will not join anyone else’s war. Qureshi said last week that Pakistan will not join any war in the region but will continue to play a vibrant and positive role for establishment of lasting peace.

In his meeting with the Iranian president, FM Qureshi called for “using the diplomatic means” to reduce the tension in the region and “resolve outstanding issues amicably and peacefully”.

Tensions between Iran and the United States have spiked in recent weeks after the US killed Iranian commander Qassem Soleimani in a drone strike in Baghdad. Iran retaliated by targeting a US base in Iraq.