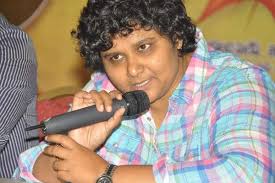 Hyderabad,  A number of women cine artistes have lodged a complaint with the Madhapur Police Station against the objectionable remarks made against women in cinema industry by  a private news channel   anchor,     Sambasiva Rao.  They  said it was not proper on the part of a person holding a responsible position to make such remarks against women engaged  in cinema industry and demanded the channel management to take stringent action against him.  They questioned whether the women  cine artists will not have families.

Popular director Nandini Reddy, actresses Pragathi, Hema, Anitha Chowdhary and Jhansi  said that they would continue agitation till action is taken against Sambasiva Rao.  They demanded that Sambasiva Rao should tender an apology in the same channel.

2018-03-25
admin
Previous 17 Bashti Hospitals will Start in City From April–Minister
Next Two Killed, Four Injured when Car Rams into Auto