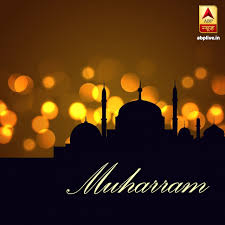 10TH MUHARRAM-DAY OF MARTYRDOM, NOT FESTIVAL

Hyderabad Sep 2 (PMI):  Shia United Front’ secretary Mr S. M. Ali Jaffari (Engineer) said our Hindu brothers and some of the sects of Islam see 10th Muharram as a festival, but it is not a festival it is Day of Martyrdom of “Imam Hussaina.s the Grandson of Prophet Mohammed Mustafas.a.w.s and his companion in the “Battle of Karbala”, which was imposed by clan of Abu sufian, Yezid Bin Muvavia in Iraq.

vast it is needed to educate to our Hindu Bhai that the Day of Martyrdom cannot be called festival (Peeru Panduga) as they pay homage to “Imam Hussaina.s” in their own way and custom but other sects of Muslims who know the meaning of Martyrdom cannot celebrate it as festival and follow it by performing fast.

The Muslim People knows very well that Prophet Ibrahima.s produced his son Prophet Ismaila.s for Martyrdom but God saved his life and had accepted the sacrifice” and it is converted into Zibh-e-Azeem.  The writers and Historians of Islam and other religions who have studied Battle of Karbala pens “Imam Hussaina.s” and his 71 companions sacrificed their lives for protecting Islam in “the Battle of Karbala in Iraq” and Imam Hussaina.s gave extreme sacrifices. The other sects of Muslim who fast on 10th Muharram have never seen observing fast on 10th Zilhijja which is also a symbol of sacrifice by Prophet Ibrahima.s and Prophet Ismaila.s.

The responsibility lies on Olama, Khutaba, Zakireen and Imam-e- Jamat-e- Eid-ul-adha to educate the followers of the Imam Hussaina.s and others to educate them on 10th Muharram’s significance as day of martyrdom and not festival. (Press Media of India)