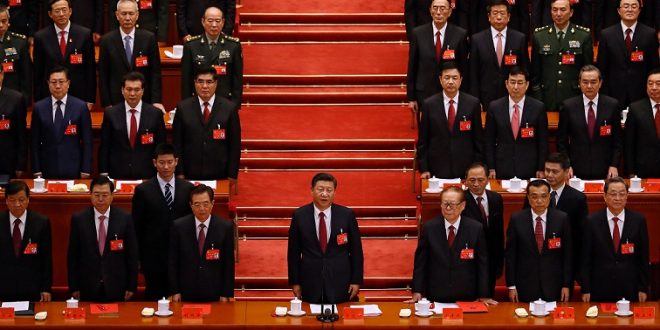 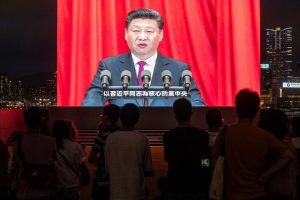 BEIJING/ KARACHI: China and the world will find out who will be running the country alongside President and party General Secretary Xi Jinping when the Communist Party wraps up its twice-a-decade Congress this weekend.

The country’s senior political leadership will be revealed on Sunday when Xi, who is expected to be confirmed as president for an unprecedented third term, walks onto the stage in the Great Hall of the People followed by members of its elite Politburo Standing Committee (PSC), the party’s top decision-making body, in descending order of importance.

The 69-year-old leader has emerged as China’s most powerful since Mao Zedong and his grip on power appears undiminished despite China’s slowing economy, public anger over restrictive pandemic measures, a growing divide with Western countries over alleged human rights abuses in places such as Xinjiang and Hong Kong, and Beijing’s refusal to condemn Russia’s invasion of Ukraine.

The lineup who is in, who is not, and who will replace Premier Li Keqiang when he retires in March after completing the maximum two terms in office will give an indication of Xi’s political strength as he moves away from the post-Mao tradition of collective leadership. 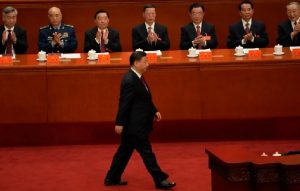 “The new PSC lineup will tell us whether Xi cares only about personal loyalty or whether he values some diversity of opinion at the top,” Ben Hillman, director of the Australian Centre on China in the World at the Australian National University, told media.

“It is possible that the new PSC will consist entirely of Xi loyalists, which will signify the consolidation of Xi’s power, but pose great risks for China. A group of ‘yes’ men at the top will limit the information available for decision-making.”

Some 2,300 delegates have been attending the party Congress which began in the Chinese capital on October 16.

Most of the deliberations have taken place behind closed doors, but during the week the delegates will have appointed some 400 members to the party’s top national-level institution, the Central Committee, with Hong Kong’s South China Morning Post (SCMP) reporting this week that nearly half the existing members would be replaced. 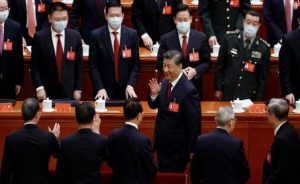 Those choices are likely to have been discussed among the party’s elite for the past few months and at least two of the seven current members of the committee are expected to retire because of their age. The “seven up, eight down” convention states any officials aged 67 or under at the time of a party congress can be promoted, while anyone aged 68 or over is expected to retire.

Reports in the Wall Street Journal and SCMP this week, however, suggested there could be as many as four openings in the committee.

A larger turnover would be a benefit for Xi,” Nis Grunberg, of the Mercator Institute for China Studies (Merics) in Berlin, told media, explaining that it would allow China’s leader to “promote more of his supporters from the Politburo to the Standing Committee”.

A new set of regulations laying out the criteria for promotions and demotions, which was released in September, suggests loyalty will be an important requirement, several of the 15 criteria focused on loyalty to the party’s leadership. 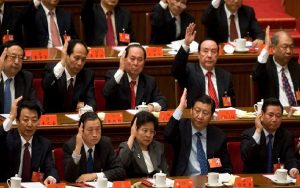 Usually the role of premier, who handles the economy, goes to the individual holding the number two or three position in the party.

This time Shanghai party boss Li Qiang, 63, who has longstanding ties to Xi but was the target of city residents’ anger over Shanghai’s protracted lockdown, is considered a leading contender for the job, according to the Wall Street Journal, which cited unnamed sources close to party leaders.

Another loyalist seen by party-watchers as a candidate for promotion is Ding Xuexiang, 60, who is Xi’s chief secretary and head of the Central Committee’s powerful General Office, which manages the administrative affairs of the top leadership.

Hu Chunhua, 59, a current vice premier, is considered well-qualified by the traditional standards of the role of premier, but the SCMP said his lack of rapport with Xi was likely to work against him. 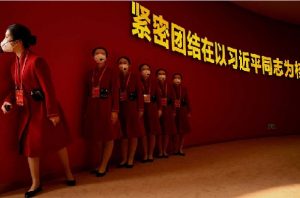 Despite the scale of the expected reshuffle, few pointers are likely to emerge on Xi’s successor.

Most analysts expect Xi to remain in office for a fourth term, which will mean many of those tipped to take up senior roles this year will be too old to take up the top job once Xi steps aside.