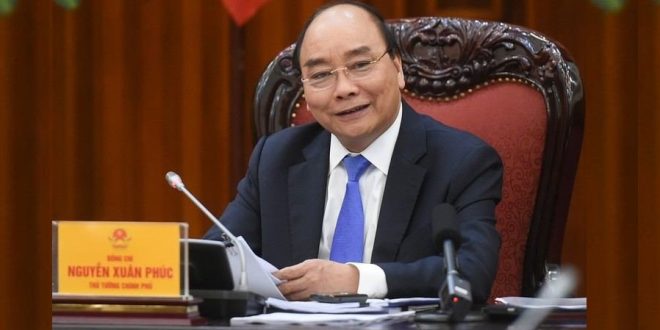 Vietnam’s President Nguyen Xuan Phuc has submitted his resignation after the ruling Communist Party found him responsible for violations and wrongdoing of numerous officials under him, the country’s official news agency has said. 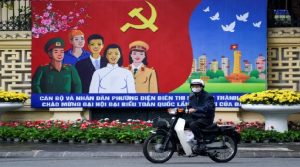 Phuc, 68, has held the largely ceremonial position for less than two years. It was not immediately clear who would replace him.

“Fully being aware of his responsibilities before the party and people, he submitted an application to resign from his assigned positions, quit his job and retire,” the Vietnam News Agency reported on Tuesday, citing the party’s powerful Central Committee.

Phuc’s resignation follows the dismissal of two deputy prime ministers this month in an anti-corruption purge that has led to the arrest of dozens of officials.

Pham Binh Minh and Vu Duc Dam’s dismissal comes at a time when the Communist-ruled country is intensifying its fight against corruption, despite concerns the campaign is paralyzing routine transactions as officials fear being entangled in inquiries.

Last month, the party disciplined Minister of Foreign Affairs Bui Thanh Son over the alleged involvement of several ministry officials and diplomats in the scandal over repatriation flights.

Florence Looi reporting from Kuala Lumpur said according to analysts, the reshuffle is “unprecedented”. 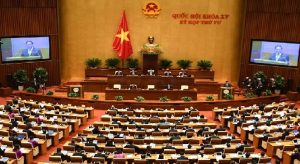 “Vietnam is country with single party rule and any political changes are very carefully managed to give the impression political stability and continuity. So analysts say this is highly unusual … and some say this is a power play by the Communist Party’s general secretary Nguyen Phu Trong,” she said.

“Now his (Trong) term is set to expire in 2026. And the president who’s just resigned is a leading candidate to replace him. Now, it’s not yet clear who the new president will be, but there is speculation that the Minister of Public Security to Lam could be the new leader.”

Looi said if Lam were to indeed become president, it would mean both prime minister and the president will be former officials from the public security ministry.

“And it could indicate a more hardline stance going forward in Vietnam. It could mean a greater crackdown on dissenting voices,” she added.

To become effective, Phuc’s resignation requires approval from the National Assembly. On Monday, media reported the legislature would hold a rare extraordinary meeting this week.

Phuc was prime minister between 2016 and 2021, before assuming his role as president. 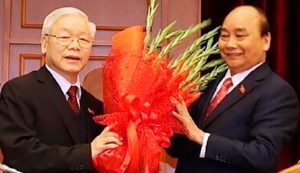 Vietnam has no paramount ruler and is officially led by four “pillars”: the powerful party’s secretary, the president, the prime minister and the chair of the parliament.

Vietnam’s National Assembly has already been voted to dismiss two deputy prime ministers from their posts, a government statement said, in what analysts believe is a new escalation in an anti-corruption crackdown.

There was no explanation of parliament’s decision to remove Pham Binh Minh and Vu Duc Dam on Thursday but the move comes at a time when the Communist-ruled country is intensifying its fight against corruption, despite concerns the campaign is paralyzing routine transactions as officials fear being entangled in probes.