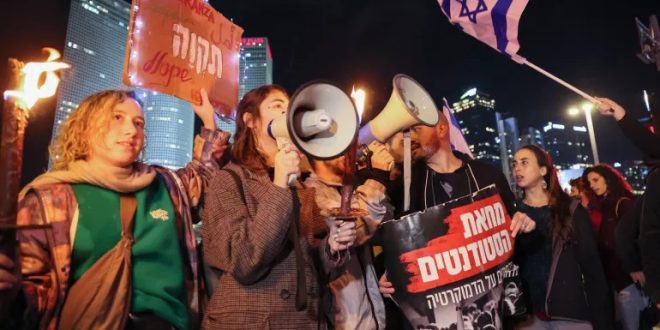 OCCUPIED EAST HERUSALEM: The new Israeli government, led by Prime Minister Benjamin Netanyahu, has already begun working on pushing through its far-right policies, after coming into office on December 29.

The proposed changes would severely impact both internal Israeli politics and policies towards Palestinians in Israel and in the occupied Palestinian territory. 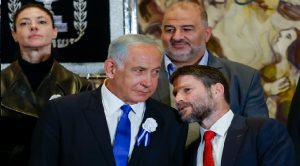 The nationalist-religious government, said to be the most right-wing in Israel’s history, emerged after Netanyahu’s Likud and allied far-right parties won the most seats in parliamentary elections on November 1.

Several items at the top of the new government’s agenda are causing controversy among Israelis – with thousands turning out in protest against a plan to change the judiciary system and weaken the Supreme Court. Other plans include annexing the occupied West Bank, where the situation is already tense.

The provocative entry of the controversial far-right minister of national security, Itamar Ben-Gvir, to the flashpoint Al-Aqsa Mosque compound early in January led to fears of an outbreak of violence at the occupied East Jerusalem holy site, although the incident passed without any escalation, despite Palestinian anger.

Here are the main developments since the new Israeli government took office:

Plans to change the judiciary

One week after his appointment as justice minister, Likud Member of Parliament Yariv Levin presented a controversial plan to increase government control over the judicial system and weaken the Supreme Court. 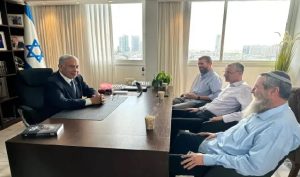 The plan, which was released as draft legislation last week, would significantly limit the Supreme Court’s ability to strike down laws and would allow the government a greater role in the appointment of Supreme Court judges.

Under the plan, ministers will be able to appoint their own legal advisers, instead of using independent professionals, among other changes.

Critics have condemned the proposed move as “regime change” and a “political coup”, with up to 10,000 Israelis protesting the proposal in a Tel Aviv demonstration last week.

Opponents are saying the plan would endanger Israel’s system of checks and balances and undermine democratic institutions by giving absolute power to the government.

They would also give the government more control over the legal system, just as Netanyahu continues his own fight against corruption charges, which he has been on trial for since 2020.

On January 9, Ben-Gvir ordered police to remove all Palestinian flags in occupied East Jerusalem, and inside Israel, calling the Palestinian national symbol an act of “terrorism”. 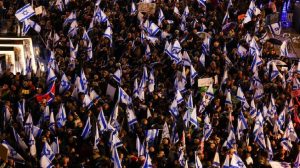 While Israeli civil law does not outlaw Palestinian flags, police and soldiers have the right to confiscate them in cases where “there is a threat to public order”.

Palestinian flags are already removed immediately in Jerusalem, as Israel claims both the occupied eastern part and the western part.

“The farcical pretexts for this directive cannot mask the fact that Israeli authorities are growing increasingly ruthless in their attempts to crush all opposition to the apartheid system,” the group said in a statement. (Int’l Monitoring Desk)