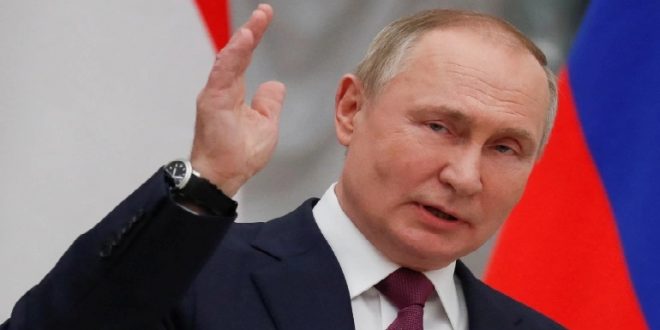 US using Ukraine as ‘tool’ to contain Russia: Putin

MOSCOW: Russian President Vladimir Putin has said that he hopes Russia and the West will find a solution to the raging security crisis over Ukraine, but also accused Washington of using Kyiv as a “tool” to contain Moscow.

Putin said the Kremlin was studying a response from Washington and NATO to Moscow’s security demands, but that it had been far from adequate. 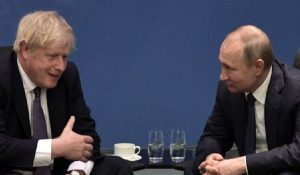 “It is already clear that fundamental Russian concerns ended up being ignored,” Putin told reporters after talks with Hungarian Prime Minister Viktor Orban in Moscow – his first public remarks for weeks on the crisis, which has been spurred by fears of a Russian invasion of Ukraine.

Putin repeated Russia’s demands for legally binding security guarantees against further NATO expansion and the deployment of strike facilities near Russia’s borders, as well as for NATO’s return to military positions from before 1997.

“It seems to me that the United States is not so much concerned about the security of Ukraine … The main task is to contain Russia’s development,” Putin said, calling Ukraine “a tool to reach this goal”.

“I hope that in the end we will find a solution, although it will not be simple,” Putin said.

Putin described a potential future scenario in which Ukraine was admitted to NATO and then attempted to recapture the Crimea Peninsula, territory Russia seized in 2014.

Meanwhile, Orban on Tuesday said differences between Russia and NATO on Ukraine are significant but “can be bridged”. The Hungarian leader also argued that sanctions against Russia were counterproductive. 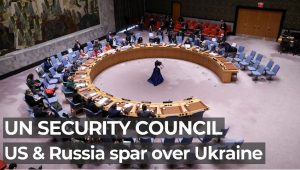 Tensions between Russia and the West have reached levels not seen since the end of the Cold War, after Moscow recently massed more than 100,000 troops near its borders with Ukraine.

Western leaders have accused Moscow of preparing an invasion of its neighbor and warned of severe consequences if it invades. Russia insists it has no plans to attack and has instead put forward its own proposals it says would ease tensions.

US Secretary of State Antony Blinken on Tuesday urged Russia to “immediately” de-escalate tensions and withdraw its troops in a call with his Russian counterpart Sergey Lavrov.

Lavrov said Washington had agreed in the call to further discussions on Moscow’s demands. “Let’s see how things go,” he said.

“It is vital that Russia steps back and chooses a path of diplomacy, and I believe that is still possible,” Johnson said at a press conference with Zelenskyy after the talks, calling Russian forces a “clear and present danger” for Ukraine. 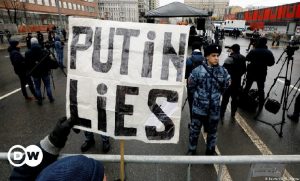 Zelenskyy said “preventative sanctions” against Russia could prevent further escalation of tensions, when the prospect of Putin being hit with sanctions personally was raised.

“If you’re asking me, I would say that they would work if they are introduced prior to escalation,” the Ukrainian leader said.

Later on Tuesday, Bloomberg reported that the US told Russia it is willing to allow Moscow to verify that there are no Tomahawk cruise missiles stationed at NATO bases in Romania and Poland if the Kremlin would share similar information about missiles on certain Russian bases.

Washington had openly offered to discuss arms control measures with Moscow over the past weeks.

Journalist Heidi Zhou-Castro said the offer appears to be “another gesture” from the US to extend diplomacy and de-escalate the situation in Ukraine. “This is another avenue to continue the work of diplomacy,” she said. (Int’l Monitoring Desk)

Share
Previous Outrage as woman gang-raped in India’s capital
Next Student, 2 cops killed in 2 US school shootings in a day