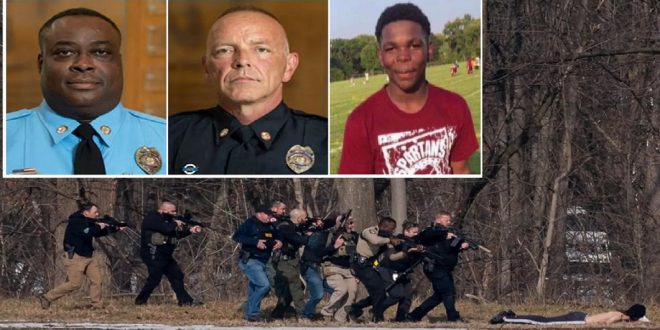 Student, 2 cops killed in 2 US school shootings in a day

VIRGINIA/ MINNESOTA: Two campus police officers were shot and killed at a college in the US state of Virginia Tuesday while one student was killed and another wounded in a school shooting in Minnesota on the same day, police and an official of school said. 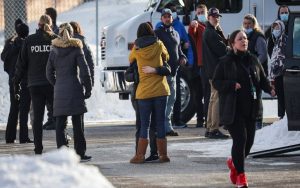 The two agents, a campus law enforcement officer and a campus safety officer, were shot before a suspect fled the scene, Virginia State Police said in a statement on Twitter.

Multiple law enforcement agencies arrived on the campus of Bridgewater College around 1:20 pm (1620 GMT) in response to active shooter reports, according to the same statement, which the school also posted to its website.

“State and local law enforcement immediately responded to the campus and initiated a massive search operation for the suspect,” the statement said.

The town of Bridgewater, about two and a half hours south of the US capital of Washington and where Bridgewater College is located, sent out an alert around 1:30 pm warning of an active shooter situation, local media reported. 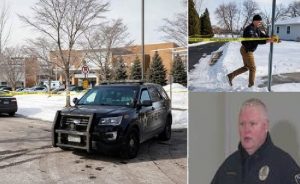 The school issued an all-clear notice on its website around 4:30 pm.

Several students told the Washington Post they heard shots near a classroom building on campus, the paper reported, and had to shelter in place for more than three hours.

One student, 21-year-old, Kasey Truslow, told the Post she heard a gunshot outside the window of the building.

“After the second shot, we got on the floor. We remained on the floor for an hour,” she said.

“My teacher barricaded the door with a big desk with computer monitors on it. We stayed there. There was a secondary door that the students blocked.”

The school had continued to tweet updates throughout the incident, telling students, “Use these alerts as the only reliable source of information.” 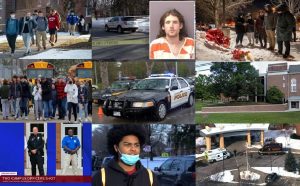 Virginia Governor Glen Youngkin tweeted, “I have been briefed on the situation at Bridgewater College. The shooter is in custody and state and local police are on the scene.”

The officers were identified by the school as John Painter and J.J. Jefferson.

The pair “were shot and killed on campus while protecting us,” a statement from college president David Bushman on its website said.

“These officers were close friends, known to many of us as the ‘dynamic duo.’ John was J.J.’s best man in his wedding this year. They were beloved by students, faculty and staff. I hurt for their families and loved ones, as I know we all do,” the statement continued.

“Bridgewater is shocked by today’s senseless violence at Bridgewater College,” Flory said. “We are heartbroken by the needless injuries and loss of life.”

The mayor praised the officers for their efforts in responding to the shooter reports. 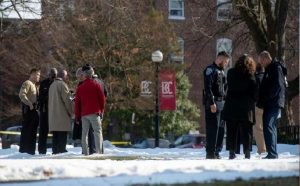 “In this goodness, we find the strength to go forward and to offer our love to victims’ families and to the entire Bridgewater College Community,” he said.

In second terror bid, the attackers opened fire on the students on a sidewalk outside the South Education Center before speeding away in a car, Richfield Police Chief Jay Henthorne told the StarTribune newspaper.

Two suspects were later arrested, the paper said, noting that friends of the victim had identified the slain student as Jamari Rice, who some local journalists said was the son of Black Lives Matter activist Cortez Rice.

Cortez Rice was arrested last year and charged with attempting to intimidate a judge handling the trial of ex-police officer Kim Potter officer who killed a Black man in April when she said she mixed up her taser with her pistol during a traffic stop. (Int’l News Desk)