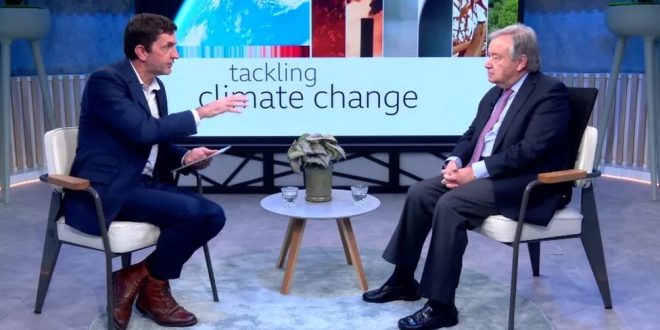 UNITED NATIONS: There is “no credible pathway” to keep the rise in global temperatures below the key threshold of 1.5C, according to a bleak new UN assessment.

Scientists believe that going beyond 1.5C would see dangerous impacts for people all over the world. 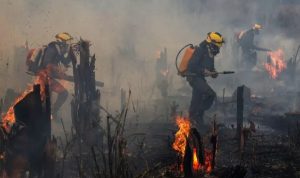 The report says that since COP26 last year, government’s carbon cutting plans have been “woefully inadequate”.

Only an urgent transformation of society will avoid disaster, the study says.

There’s just over a week until the next major climate conference, known as COP27, starts in Egypt.

Mindful of the fact that the world’s attention has been elsewhere since climate diplomats met in Glasgow last year, this week has seen a flurry of reports underlining the fact that climate change hasn’t gone away.

This gloomy mood among scientists and diplomats is underlined in today’s release of the UN emissions gap study.

Now in its thirteenth year, the report analyses the gap between the rhetoric and the reality. 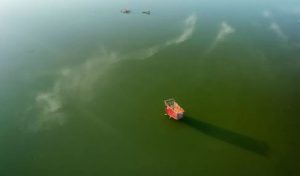 It concludes that the 1.5C threshold is now in serious peril.

This analysis finds that new efforts to cut carbon would see global emissions fall by less than 1% by 2030, when according to scientists, reductions of 45% are needed to keep 1.5C in play.

Looking at the impact on temperatures, the study finds that with the current policies in place, the world will warm by around 2.8C this century.

If countries get financial support and put into practice the plans they have made, this can be limited to 2.4C.

“We had our chance to make incremental changes, but that time is over,” said Inger Andersen, Executive Director of UNEP, who produced the study.

“Only a root-and-branch transformation of our economies and societies can save us from accelerating climate disaster,” she said. (Int’l News Desk)