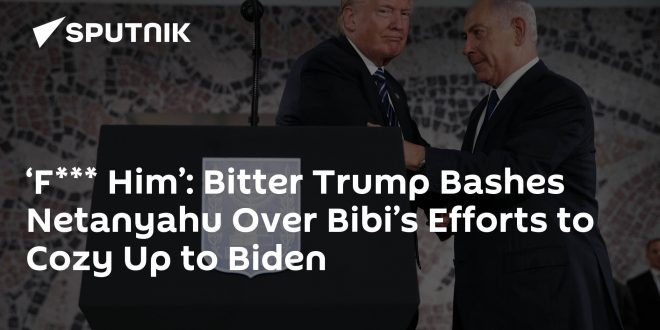 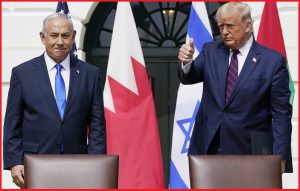 Trump said he was furious at Netanyahu for the way he congratulated Joe Biden on his election victory, using an expletive towards him.

He also said he believed he saved Israel from destruction.

Trump made the comments in interviews for a book about his role in Middle East peace-making.

The US administration under Trump, from 2017-2021, is considered the most favorable towards Israel in the two countries’ history.

Netanyahu served as Israeli prime minister while Trump was in office, and the two men were portrayed as having particularly warm personal relations, often publicly praising one another.

Speaking to Israeli journalist Barak Ravid for his book Trump’s peace: The Abraham Accords and the Reshaping of the Middle East, Trump accused Netanyahu of congratulating too quickly Trump’s successor Joe Biden on winning the 2020 US election. 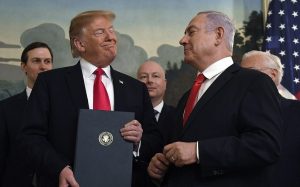 Trump disputed the election result, though his claims were never upheld.

“The first person who congratulated (Joe Biden) was Bibi (Benjamin) Netanyahu, the man that I did more for than any other person I dealt with… Bibi could have stayed quiet. He has made a terrible mistake.

“He was very early,” Trump said. “Like earlier than most. I haven’t spoken to him since. (Expletive) him.

In actual fact, Netanyahu was not the first foreign leader to congratulate Biden. He also tweeted his gratitude towards Trump minutes later.

In other comments, Trump says: “Nobody did more for Bibi. And I liked Bibi,” adding: “I still like Bibi. But I also like loyalty.”

Netanyahu was ousted from office in June this year after failing to form a government following deadlocked elections. 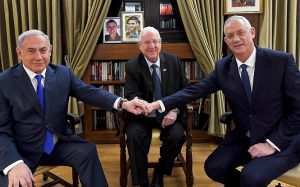 In the interviews given in April and July, Trump also expresses his belief that he saved Israel from destruction.

As US President, Trump took a series of steps in support of Netanyahu, including controversially recognizing Jerusalem as Israel’s capital, sparking fury across the Arab world.

Israel has occupied East Jerusalem – claimed by the Palestinians as the capital of their own hoped-for state – since 1967.

Trump also declared Israeli settlements in occupied territory were not illegal, putting the US out of step with the UN, and recognized Israeli sovereignty over the Syrian Golan Heights, also occupied by Israel since 1967.