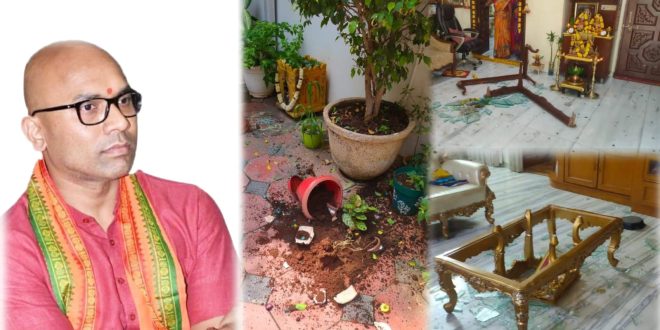 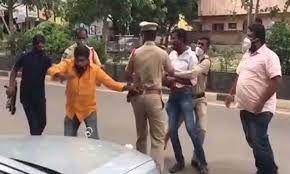 Rashtra Samithi (TRS) workers attacked residence of BJP MP Dharmapuri Arvind in Hyderabad on Friday in protest against some personal remarks made by him against Chief Minister K. Chandrasekhar Rao and his daughter and party MLC K. Kavitha. The ruling party workers barged into the Nizamabad MP’s house in Banjara Hills, broke window panes and ransacked the furniture. 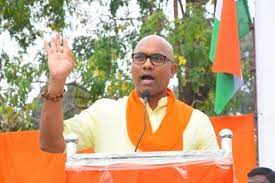 They raised slogans against Arvind and burnt his effigy. They vent their anger over Aravind’s personal comments against KCR and Kavitha. The police personnel tried to prevent the TRS workers who were carrying the TRS flags. Some of them managed to barge into the house and attacked window panes with stones and sticks. Arvind was not present at his house. One of the security personnel sustained a minor injury.

About 30 TRS workers were arrested by the police. The ruling 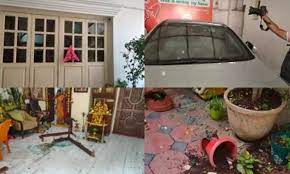 Share
Previous India successfully launches first privately made rocket
Next I will slap Nizamabad MP with my chappal if he continues to indulge in personal remarks: Kavitha