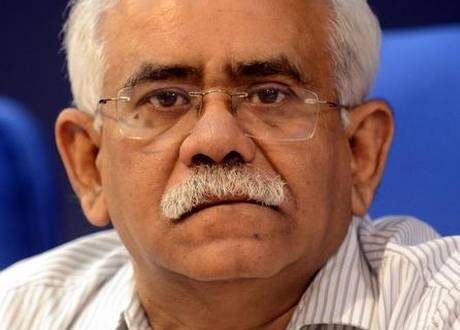 The only woman in the CIC will be ex-IRS officer Vanaja N. Sarna

admin January 1, 2019 National, Top News Comments Off on The only woman in the CIC will be ex-IRS officer Vanaja N. Sarna 1,082 Views

The CIC is the highest appeal body under the Right to Information Act. It has been functioning with just three members since the former chief and several members completed their tenure last month.

Mr. Bhargava, a former Secretary to the Ministry of Social Justice, will be sworn in by President Ram Nath Kovind on Tuesday. He has been a Commissioner since June 2015, and will take over as the ninth chief of the CIC. Like all of his predecessors, he is a retired bureaucrat. The previous chiefs have all been from Central service — IAS, IPS and IIS — backgrounds.

All four of the new Commissioners are also retired senior bureaucrats. Yashwardhan Kumar Sinha was High Commissioner of India to the United Kingdom, while Vanaja N. Sarna was chief of the Central Board of Excise and Customs. Suresh Chandra retired as Union Law secretary earlier this year, while Neeraj Kumar Gupta was Secretary in the Department of Investment and Public Asset Management.

Activists have slammed the government for a lack of transparency in the appointment process, as no details on the shortlist or the search committee have yet been made public. At a December 13 hearing of a PIL on vacancies in the State and Central Commissions, the Supreme Court had directed that such details be made available. “The Department of Personnel and Training will comply with the Supreme Court direction. Once the Commissioners take the oath of office, we will put the entire file on the process online. We have time until the next hearing date on January 22,” a DoPT spokesperson told

“What is the point of such post-facto information? The details on the shortlist should have been put out before the appointment was made to ensure transparency,” said Anjali Bhardwaj, co-convenor of the National Campaign for the People’s Right to Information (NCPRI).