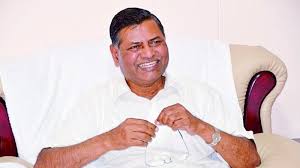 Hyderabad, Jan.1 (PMI): At last, the schedule for Telangana gram panchayat polls was released on Tuesday by State Election Commissioner V Nagi Reddy by issuing a notification. Ballot papers will be used for the village panchayat polls to be held in three phases from January 21, 25 and 30.

Informed sources said the Chief Minister was seeking  legal opinion  whether to seek more time from the court to conduct the elections and in the meantime might go ahead and  issue the ordinance for providing a total of 67 % reservation for BCs, ST and SCs. (PMI)

Post Views: 264
Share
Previous KTR attends New Year festival at Telangana Bhavan
Next The only woman in the CIC will be ex-IRS officer Vanaja N. Sarna