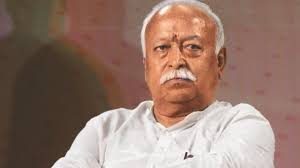 Hyderabad: Rashtriya Swayamsevak Sangh and Bharatiya Janata Party (BJP) once again raised the agenda of renaming Hyderabad as Bhagyanagar by calling a three-day Samanwaya Baithak (coordination meeting) in the first week of January 2022 to review the working of affiliated organizations and preparations for upcoming assembly elections scheduled to take place in five states next year.

Taking to Twitter, RSS said, “The Samanvay Baithak (coordination meeting) of the chief functionaries of various organizations inspired by the RSS working in different areas of social life will be held from 5th to 7th Jan. 2022 at Bhagyanagar, Telangana: Sunil Ambekar.”

Notably, RSS has not clearly demanded to change the name of the city but has used ‘Bhagyanagar’ instead of Hyderabad.

It is worth mentioning that both RSS and Bharatiya Janata Party have been raising the demand to rename Hyderabad to Bhagyanagar.

During the Hyderabad Municipal Corporation election, 2020, Uttar Pradesh Chief Minister Yogi Adityanath had said that if Faizabad can be renamed Ayodhya and Allahabad as Prayagraj, then Hyderabad too can be renamed as Bhagyanagar.