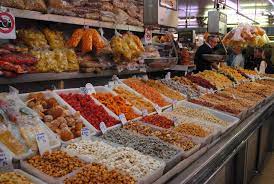 Retail inflation eases to 6.77% in October

JRetail inflation, based on the consumer price index (CPI), eases to a three-month low of 6.77 per cent in October this year. As per the Ministry of Statistics and Programme Implementation data released today, retail inflation came down mainly with ease in prices of Food & Beverages. The retail inflation for the month of September was 7.41 per cent.

In October, inflation in the food basket stood at 7.04 against 8.41 per cent in the previous month. During the reported period, fuel & light witnessed 9.93 percent inflation against 10.39 percent in the preceding month.

The government has mandated the central bank to maintain retail inflation at four per cent with a margin of two per cent on either side.