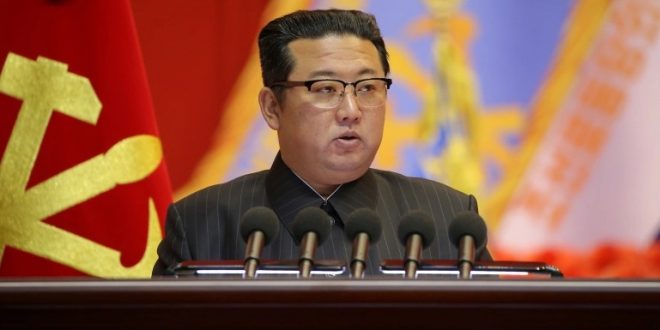 PYONGYANG: North Korea fired what appeared to be two short-range ballistic missiles into the sea, South Korea said on Thursday, as nuclear-armed Pyongyang steps up weapons testing and bolsters its defences in the face of what it claims is a “hostile” United States. 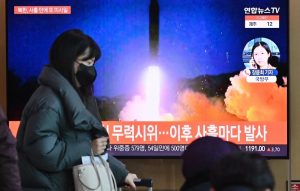 The Joint Chiefs of Staff (JCS) said it detected the launch from in and around Hamhung, a city on the east coast, at approximately 8am (23:00 GMT), Yonhap news agency reported. It did not elaborate further.

“Our military is keeping close tabs on related North Korean movements and maintaining a readiness posture,” the JCS said in a message sent to reporters.

Amid this month’s flurry of tests, including cruise missiles, banned ballistic missiles and “hypersonic” weaponry, Pyongyang has also hinted at resuming “all temporally-suspended activities“, thought to be a reference to a moratorium on testing nuclear and long-range missiles.

The United States and South Korea have been urging North Korea to return to denuclearization talks, which have been stalled since the collapse of the summit between Kim Jong Un and former US President Donald Trump in Hanoi in 2019, over Pyongyang’s demands for sanctions relief.

Under Joe Biden, who took over as president last year, the US has recalibrated North Korean policy and stressed that it is willing to hold discussions anywhere and at any time. 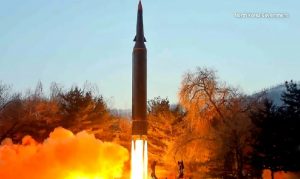 Despite Pyongyang’s provocative behavior, Biden’s administration has taken a restrained response than in 2017 when North Korea carried out its last nuclear test and also launched an intercontinental ballistic missile (ICBM). Trump and Kim traded insults and Trump promised to respond with “fire and fury”.

“For better and for worse, Biden is showing no fire and no fury,” said Leif-Eric Easley, associate professor of international studies at Ewha Womans University in Seoul.

This month’s launches have led to a recalibration of some sanctions on individuals linked to the North’s nuclear program, but while there has been a meeting of the UN Security Council, Russia and China have blocked attempts at further action.