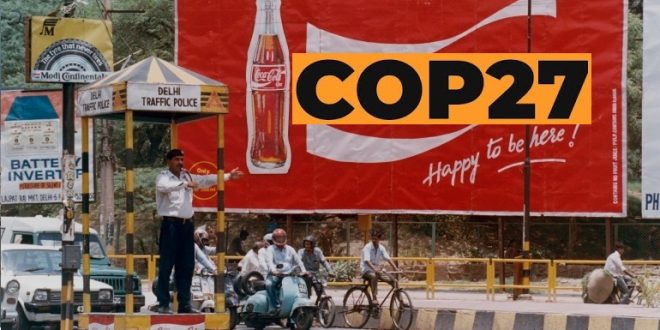 NEW DELHI: The first sign that something was amiss was in the bowl of rice. Residents in the town of Plachimada, in India’s state of Kerala, watched the grains swirl in gluey yellow water before taking a spoonful that left a metallic aftertaste. 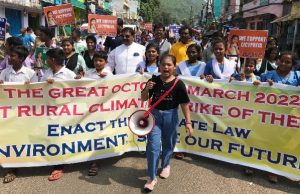 Soon, they noticed that water had to be fetched deeper and deeper into the well. Crops withered and decreased in yield as stomach illness and skin rashes spread like a plague.

Eighteen years after their popular uprising shut down a Coca-Cola bottling plant accused of discharging toxic waste, Plachimada’s residents have taken to the streets again to denounce the company’s sponsorship of this year’s UN Climate Change Conference.

“Criminal Cola polluted our water and the same company is now sponsoring COP27,” a 50-year-old resident who identified himself as Thankavelu told media. “That’s why we are extremely angry.”

Thankavelu was among a group of protesters who burned the company’s symbols in front of the defunct plant run by Hindustan Coca-Cola Beverages Limited, the Indian subsidiary of the Atlanta-based company as the annual climate summit kicked off in Egypt last week.

For the past 20 years, their popular action group, the Anti-Coca Cola Struggle Committee has demanded 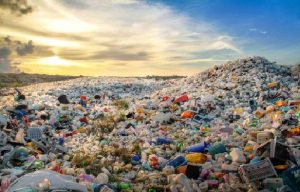 compensation from the company to no avail, despite the extent of environmental damage documented in several scientific studies.

In 2010, a High Power Committee mandated by the Kerala government found evidence of over-extraction of groundwater and indiscriminate disposal of sludge containing cadmium and lead.

“It is evident that the damages caused by the Coca-Cola factory at Plachimada have created a host of social, economic, health and ecological problems,” the report concluded.

The community of mostly landless agricultural labourers such as Thankavelu relied on the local well for basic needs including drinking, cooking and washing. As the water quality deteriorated and local authorities declared it unsuitable for domestic use, they had little choice but to carry weighty jerrycans from further afield.

When the government began distributing water to the area by truck in 2003, Thankavelu’s wife cut back on her working hours to wait for the delivery. A pipeline was later built and residents say they were required to pay 3,500 Indian rupees ($43) for the installation, and 150 rupees a month ($1.85) for the water provision. 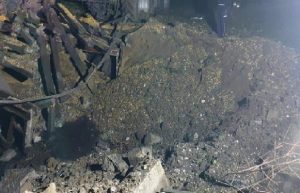 KV Biju, the convener of the Anti-Coca Cola Struggle Committee, said many in the community contracted an inflammatory skin disease as many more abandoned the area and their homes.

The group sent a letter to UN Secretary-General Antonio Guterres on November 4 to request the company’s removal from the COP27 sponsorship.

“This conference is for environmental protection and Coca-Cola are the polluter, not only here but in many places in India,” Biju said. “We are requesting that the UN take the reasonable step of removing the company from the climate negotiations.”

The government of Egypt announced on September 30 that it signed an agreement with Coca-Cola, introducing the company as a COP27 sponsor in Sharm El-Sheikh.

During the signing ceremony at the foreign ministry in Cairo, Ahmed Rady, Coca-Cola’s vice president of operations for North Africa, said it was the company’s “firm belief that working together through meaningful partnerships will create shared opportunities for communities and people around the world and in Egypt”. 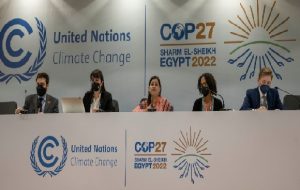 A Coca-Cola spokesperson told media “in all our business activities, our bottling partners and we ensure compliance with all applicable laws as stipulated by the Government”.

The Plachimada litigation was settled in 2017 when Coca-Cola relinquished its license and informed the Supreme Court that it did not intend to resume production.

The company also stated its sponsorship of COP27 was “in line with our science-based target to reduce absolute carbon emissions 25 percent by 2030, and our ambition for net zero carbon emissions by 2050”.

Watchdog organizations, however, argue its involvement runs counter to the United Nation’s frameworks and principles.