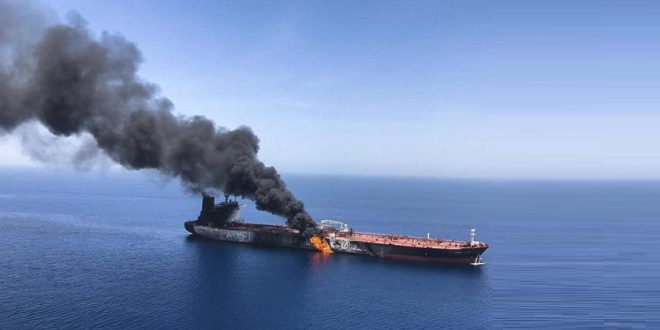 Oil tanker hit by armed drone off coast of Oman

MASQAT/ DUABI: An oil tanker associated with an Israeli billionaire has been struck by a bomb-carrying drone off the coast of Oman, an official has told the Associated Press. 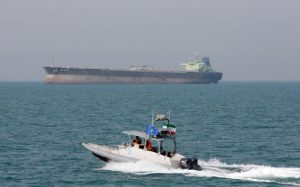 The attack happened on Tuesday night off the coast of Oman, the Middle East-based defence official said. The official spoke on Wednesday on condition of anonymity as they did not have authorization to discuss the attack publicly.

The United Kingdom Maritime Trade Operations, a British military organization in the region monitoring shipping, told the media: “We are aware of an incident and it’s being investigated at this time.”

The official identified the vessel attacked as the Liberian-flagged oil tanker Pacific Zircon. That tanker is operated by Singapore-based Eastern Pacific Shipping, which is a company ultimately owned by Israeli billionaire Idan Ofer.

In a statement, Eastern Pacific Shipping said the Pacific Zircon, carrying gas oil, had been “hit by a projectile” some 150 miles (240 kilometres) off the coast of Oman.

“We are in communication with the vessel and there is no reports of injuries or pollution. All crew are safe and accounted for,” the company said. “There is some minor damage to the vessel’s hull but no spillage of cargo or water ingress.” 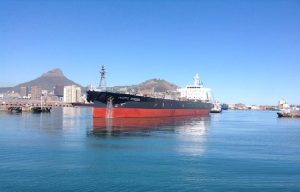 A call to the Israeli embassy in Abu Dhabi was not answered. Israel’s prime minister’s office and its defence ministry declined to comment.

However, while no one immediately claimed responsibility for the attack, an Israeli official speaking anonymously to media said that Iran was behind the attack, which they said used the same type of drone that has previously been supplied to Russia in Ukraine.

Iran’s Nournews, which is affiliated with the country’s top security body, blamed Israel for the attack, accusing it of a distraction ahead of soccer’s World Cup that starts in Qatar on Sunday.

Tehran and Israel have been engaged in a years-long shadow war in the wider Middle East, with some drone attacks targeting Israeli-associated vessels travelling around the region.

Timothy Hawkins, United States’ Naval 5th Fleet Commander, told media that the US’ biggest concern was “any destabilizing maritime activity that takes place in the surrounding waters because they are vital to global trade”.

He said that the 5th Fleet’s next step would be to continue maintaining a persistent presence in the Gulf. 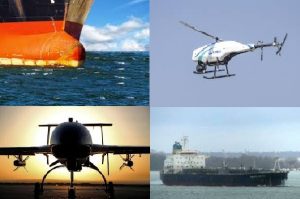 “(We will) work with our regional partners and our international partners in patrolling the nearby waters and also working with commercial shipping to ensure they have the information they need to continue transiting these waterways safely,” Hawkins said.

The US has blamed Iran for a series of attacks occurring off the coast of the United Arab Emirates in 2019. Tehran then had begun escalating its nuclear program following the US’s unilateral withdrawal from its atomic deal with world powers.

In 2021, a suspected Iranian drone attack hit the Israeli-associated oil tanker Mercer Street off Oman, killing two people on board.

Iranian state media did not immediately acknowledge the attack on the Pacific Zircon. It was not immediately clear where the vessel was on Wednesday. Satellite-tracking data from late Tuesday provided by MarineTraffic.com put the vessel deep in the Arabian Sea after leaving the Omani port of Sohar. (Int’l News Desk)