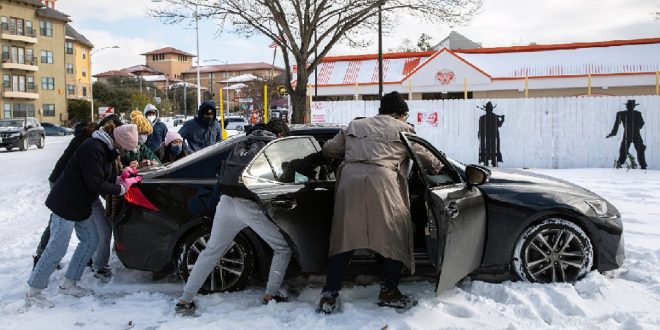 NEW YORK: More than 315,000 homes and businesses nationwide were without power Christmas Eve, thanks to an Arctic blast and winter storm that tore down power lines with destructive winds and heavy snow and dipped temperatures dangerously low conditions killing at least 22 people. 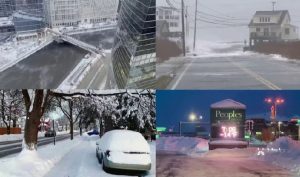 As bone-chilling air continues to grip the US this holiday weekend, the storm still is pummeling parts of the Upper Midwest and interior Northeast with heavy snow and blizzard conditions.

In New York’s Buffalo area particularly, heavy snow (more than 2 feet in places) and strong winds (sometimes higher than 60 mph) at times made visibility close to zero Friday into Saturday. More than a foot more could fall Saturday, with winds gusting up to 65 mph and making temperatures feel well below zero.

In Erie County, which includes Buffalo, blizzard conditions are expected to continue through at least Sunday morning, County Executive Mark Poloncarz told reporters Saturday. The winter storm could continue for at least the next 36 hours, with the blizzard warning in effect until 7 a.m. Christmas morning, Poloncarz said.

“This is still a life-threatening situation,” he said. “This is nothing to be trifled with.”

The county’s Deputy Commissioner of Disaster Preparedness and Homeland Security, Gregory Butcher, said the storm will be significant “for days to come.”

About 500 motorists found themselves stranded in their vehicles in Erie County Friday night into Saturday morning, 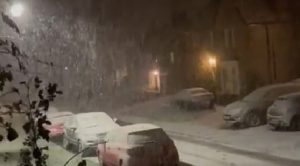 and a “couple hundred” may still be trapped early Saturday afternoon, Poloncarz told media. That’s despite a county driving ban put in place during the storm.

Lia Belles’ 85-year-old grandmother and her father were among the stranded.

They have been stuck on New York State Route 198 in Buffalo, less than a mile from her home since Friday afternoon. Contact with them is limited due to their phone battery, and they have been turning the heat on and off to save gas.

“There is nothing more I want other than their safety right now,” Belles told media Saturday, adding that her dad could walk home but he would never leave his mother alone.

“I’ve tried to walk out to them with a sled but conditions by myself were just impossible,” she said.

Belles said by Saturday afternoon they got help getting the car unstuck but there was no path for them to leave. 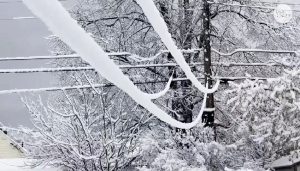 In hardest-hit areas, many emergency crews that tried to reach the stranded became stuck themselves, Poloncarz said.

“Don’t leave your home,” Poloncarz said media Saturday to anyone thinking about traveling to or within the area. “It’s much safer to be inside, even if you lost your power with it only being 45 degrees inside, than going out and dealing with minus 20 wind chills and blinding conditions.”

National Guard troops were arriving Saturday to “rescue people that are stuck in vehicles,” and to give rides to medical workers so they could relieve colleagues who’d been working at hospitals for more than a day, Poloncarz said.