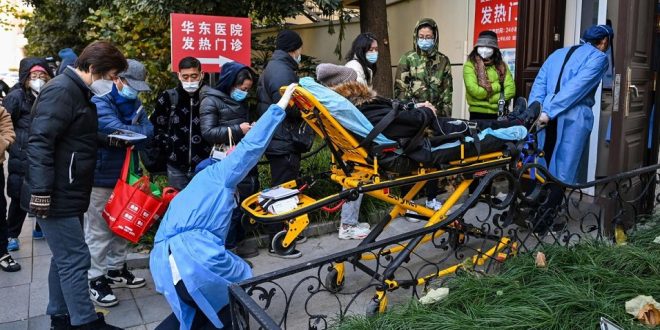 BEIJING: China’s National Health Commission (NHC) stopped publishing daily COVID-19 data on Sunday, amid doubts about their reliability as infections have exploded in the wake of an abrupt easing of tough restrictions. 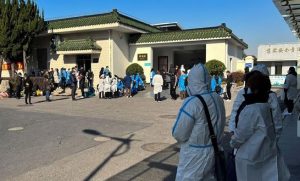 “Relevant COVID information will be published by the Chinese Center for Disease Control and Prevention for reference and research,” the commission said in a statement, without specifying the reasons for the change or how frequently China CDC will update COVID information.

The NHC’s halt to reporting daily infection and death totals comes as concerns grow around the lack of vital information since Beijing made sweeping changes to a zero-COVID policy that had put hundreds of millions of its citizens under relentless lockdowns and battered the world’s second-largest economy.

Despite the record surge of infections, the NHC had reported no COVID deaths nationwide for four consecutive days before halting the data release. China narrowed its definition for reporting COVID deaths, counting only those from COVID-caused pneumonia or respiratory failure, raising eyebrows among world health experts. 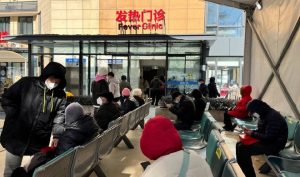 Official figures from China had become an unreliable guide as less testing was being done across the country, while China has been routinely accused of downplaying infections and deaths.

The World Health Organization has received no data from China on new COVID hospitalizations since Beijing eased its restrictions. The organization says the data gap might be due to the authorities struggling to tally cases in the world’s most populous country.

Several models and reports in recent days have forecast as many as two million COVID deaths as the virus spreads to rural sections of the country, threatening to hit the most vulnerable elderly population and the unvaccinated.

The country’s healthcare system has been under enormous strain, with staff being asked to work while sick and even retired medical workers in rural communities being rehired to help grass-root efforts, according to state media.

Bolstering the urgency is the approach of the Lunar New Year in January, when huge numbers of people return home. 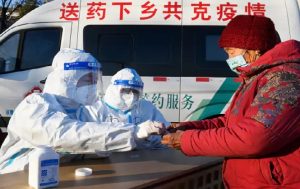 Dozens of hearses queued outside a Beijing crematorium on Wednesday, even as China reported no new COVID-19 deaths in its growing outbreak, sparking criticism of its virus accounting as the capital braces for a surge of severe cases.

Following widespread protests, the country of 1.4 billion people this month began dismantling its “zero-COVID” regime of lockdowns and testing that had largely kept the virus away for three years at great economic and psychological costs.