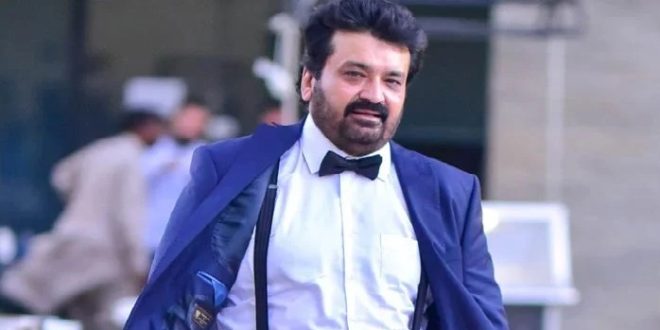 LONDON: Karachi businessman Jabir Motiwala has won a major case after the UK government conceded that the former home secretary Priti Patel acted unlawfully when she cancelled Motiwala’s UK visit visa and detained him at a UK jail after the collapse of his American extradition case at the London High Court. 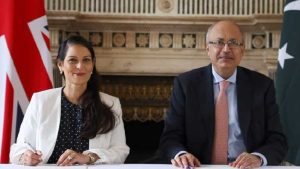 Jabir Siddiq, known as Jabir Motiwala, had brought a case against the UK Home Office before the UK High Court about his visit visa cancellation, detention and the legal costs paid for more than two years to fight the US government’s attempts to extradite him from London to Washington to face charges of serious nature which could have ended in lifetime imprisonment.

Motiwala argued that his 10-year visit visa was unlawfully cancelled as there were no legal grounds. The Home Office stated that Motiwala had overstayed beyond the six months allowed for visitors, because he was under arrest from August 18, 2018, till April 14, 2021. However, Motiwala was unable to leave the UK or meet the Home Office condition as his Pakistani passport was in the custody of the UK authorities.

In his application for a judicial review hearing at the Royal Courts of Justice, Judge Justice Ellenbogen formed a preliminary view that the Home Office had acted unlawfully in cancelling the UK visit visa of Motiwala as the then-home secretary Patel did not apply the correct rules, discretion was not exercised, and the ultimate decision was irrational. 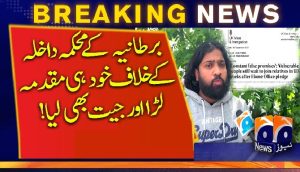 Motiwala’s lawyers at Connaught’s launched a judicial review challenge on July 12, 2021, to the Home Secretary’s decision to cancel his multi-entry visit visa on April 12, 2021, and to detain him in the UK from April 7 till April 14 after Motiwala had been deported on the direction of the then Secretary of State.

Motiwala had made global headlines twice. Once on August 2018 when he was arrested by Scotland Yard from a hotel near Edgware Road at the US government’s request for extradition to the US about several accusations, falsely linking him with an outlawed organisation called the “D-company”. He became the centre of the news again when in April 2021, his trial collapsed after a senior Federal Bureau of Investigation (FBI) agent Kamran Faridi revealed he had lied to trap Motiwala and that his bosses at the FBI had asked him to give false statements to facilitate his arrest. 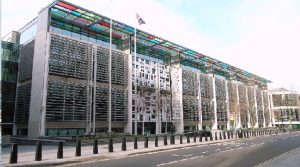 The US govt then decided to drop the case against Motiwala because there was no prospect of his conviction in the states as the main witness had disowned his testimony and said under oath that he had lied to trap Motiwala.

The British prosecutor, on behalf of the US government, informed the London High Court on April 6, 2021, that the US had decided to drop the case against Motiwala and no longer sought his extradition to the US. Instead of immediately releasing him and returning his passport, the UK Home Office decided to cancel his visa, detained him for seven days at Wandsworth prison without explanation and deported him to Pakistan because he did not have the right to stay in the UK.

Motiwala arrived in Karachi on April 15, 2021. However, his lawyers initiated legal proceedings against the UK Home Office. The Home Office refused to restore Motiwala’s multi-entry visa and declined to engage on the issue of illegal detention. (Geo News)