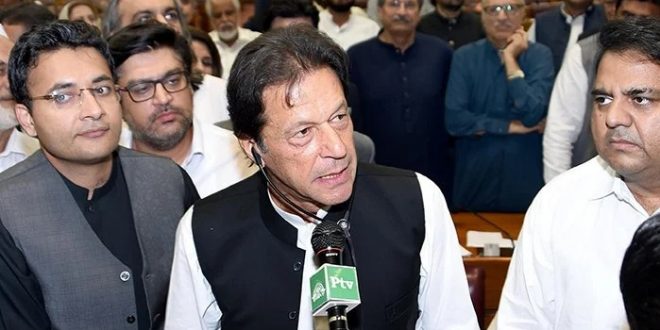 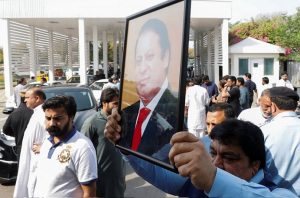 The deputy speaker declared the motion for a no-confidence vote against Khan unconstitutional and part of a plot by ‘foreign powers’ to interfere in Pakistan’s democracy.

The opposition, which was hoping to unseat Prime Minister Khan, has cried foul

Opposition leader Bilawal Bhutto Zardari says they will petition the Supreme Court against the move.

The opposition thought it had the votes to remove Khan after several political allies and members of his party switched sides.

Khan’s cabinet has been dissolved, says the information minister 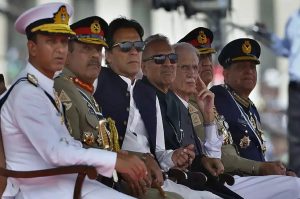 The Pakistan president has dissolved the parliament on Khan’s advice in a drama that caps weeks of machinations by the opposition to unravel a tenuous coalition Khan had built around his Pakistan Tehreek-e-Insaf (PTI) party to become prime minister in 2018.

Here is a brief profile of key opposition leaders who planned the no-confidence vote against Khan.

Army says it has nothing to do with the political crisis

Pakistan’s army says it has nothing to do with the current political crisis.

“We have nothing to do with what has happened today (in parliament),” Inter-Services Public Relations (ISPR), the military’s media wing, said in a statement.

Pakistan “thrown into a constitutional crisis”

Sources reporting from Islamabad, says the latest developments have thrown Pakistan into a constitutional crisis. 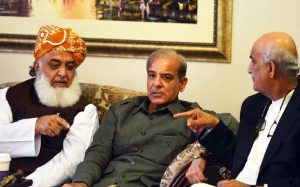 “If we hear from the opposition, they are still at the National Assembly continuing with the session, they have elected their own parliamentary speaker and there is a shadow session under way. 195 members, according to the opposition, present there,” Bin Javaid said. “So, they have more than 172 members needed to elect the Prime Minister.

The opposition is trying to reach the Supreme Court to try and hold the no-confidence vote today.

“It’s all in flux, yes the president has dissolved the National Assembly, yes the government is saying there might be elections in the next 90 days, but it’s not set in stone,” Bin Javaid said.

“This is all unconstitutional. This should not have been done because it was already accepted that there is going to be voting today and it should have taken place. They called it off. So, this is all illegal,” he said. 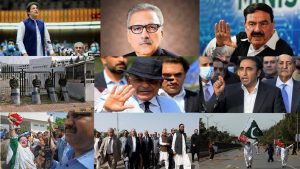 “I’m glad the Supreme Court has taken notice. And I presume there will be a full hearing of the case and we should hear something pretty shortly,” he added.

Opposition leader Bilawal Bhutto Zardari says they are ready to contest elections, adding that their legal team is working on a petition and will be going to the Supreme Court as the deputy speaker had no right to cancel the voting.

“We are ready for the general elections but we cannot allow violation of the rules and the constitution. They (government) want instability in Pakistan but we will once again defeat them,” Bilawal said. “The court is bound to side with the constitution of Pakistan.”

Pakistan’s state minister for information says the country will hold an election in 90 days.

Farrukh Habib made the announcement in a tweet, although a final decision will come from the president and the election commission. 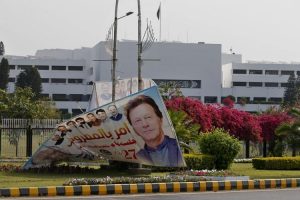 Pakistan’s president dissolved the National Assembly on Khan’s advice, foiling an attempt by the opposition to remove the premier from office.

“The President of Pakistan, Dr Arif Alvi, has approved the advice of the Prime Minister,” a statement from his office said, meaning elections must be held within 90 days.

The move came minutes after the deputy speaker of the Parliament rejected a no-confidence motion against the prime minister, terming it “unconstitutional”.

Pakistan PM calls for parliament to be dissolved, fresh elections

In an address on state TV, Khan said there had been unacceptable interference in Pakistan’s democratic institutions, and an interim government should be formed to hold elections.

“I have sent advice to the president to dissolve the assemblies… We will go to the public and hold elections and let the nation decide,” he said. 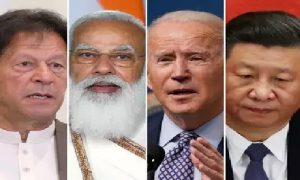 “When the advice reaches the president, assemblies will be dissolved which will be followed by the process of setting up a caretaker government,” he added.

We will petition the court against blocking of vote: Bilawal

Pakistani Opposition leader Bilawal Bhutto Zardari says the joint opposition will petition the Supreme Court against the move to block the no-confidence vote.

“We have decided to hold sit-in in the National Assembly unless voting on no-confidence motion takes place,” Bilawal Bhutto Zardari, the chairman of Pakistan Peoples Party (PPP) told reporters.

“We are contacting the supreme court over this violation,” he said.