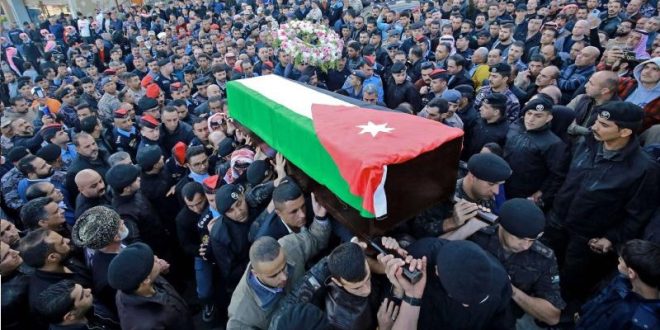 AMMAN: The outbreak of protests and strikes in Jordan, and some cases of accompanying violence have shed light on the worsening economic situation in the country. 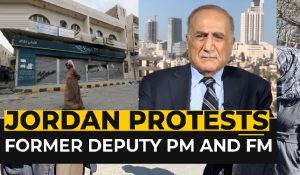 Protests against a rise in fuel prices have waned in intensity, but have not yet died out, still occurring sporadically in Jordan’s southern governorates, the epicentre of the recent anti-government events.

On December 15 a senior police officer was killed in the southern city of Maan during clashes with demonstrators, and three police officers were killed on Monday during a raid on the hideout of the suspected killer.

Truck and public transport drivers began striking two weeks ago. Some of the protests have flared into riots, which have spread throughout the kingdom, reaching the capital Amman over the weekend. Public property was set alight, state buildings vandalized, and main highways closed because of tyres that were set on fire.

“It was expected that it would reach this point. There are many signs and symptoms of frustration and anger,” Jordanian political analyst Amer Sabaileh told media. “It shows that people are fed up, that people are seriously suffering.”

Local media outlets have reported that most of the drivers appear to have ended their strike, following indications from local officials that fuel prices would be reduced next month. The government has also agreed to raise the minimum transport fees to coincide with the increase in diesel prices which have nearly doubled over the past year 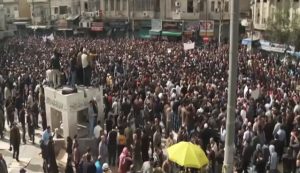 but some drivers, particularly in the southern city of Maan, have continued to strike. Among their grievances is the arrest of the city’s former mayor, Majid al-Sharari, after he left a protest site.

The government has cracked down on the demonstrations, particularly following the deaths in Maan, and has deployed anti-riot police throughout the country and fired tear gas to disperse crowds. Authorities have so far arrested 44 people involved with the protests.

The social media platform Tik Tok has also been banned, due to what Jordan’s Cybercrime Unit said was the presence of videos “spreading false news and information”.

The government’s intense crackdown “might function when it’s something related to political demands, but here people are really suffering,” Sabaileh said. “You don’t solve the problem this way,” he added. “It’s becoming bigger, more rooted, and it’s affecting all Jordanians.”

The increase in fuel prices in the winter season when there is less agricultural produce to transport means that many truck drivers are already out of pocket.  This is a harsh blow to Jordan’s “crumbling” transportation sector, said 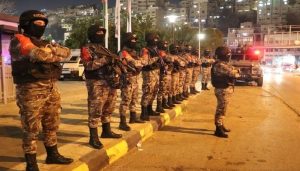 Khalid Shatnawi, aged 46, a truck driver for nearly 16 years and spokesman for the Jordanian Truck Drivers and Owners Association.

Shatnawi, who has five children, told media that his salary cannot cover all his expenses. “By the end of the month, I’m in debt.”

Shatnawi said that his 22-year-old son had to stop going to university for two years because the family was unable to afford his tuition fees. As the truck driver gets paid per trip, he says he has to “constantly keep travelling” just to catch up with his expenses.