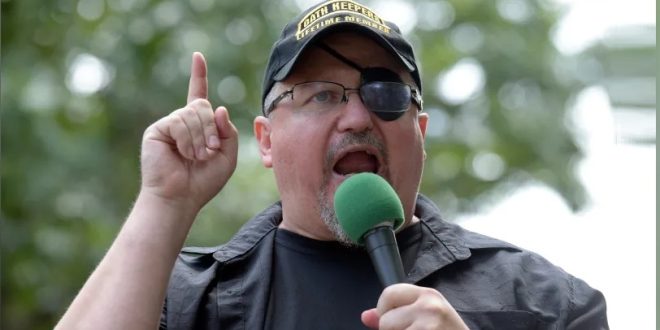 WASHINGTON: The leader of a far-right militia has been found guilty of plotting to stop US President Joe Biden from taking office after the 2020 election. 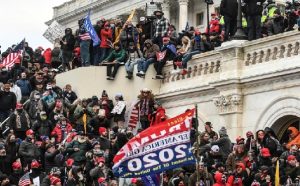 He plotted an armed rebellion to stop the transfer of power from Donald Trump to Biden, prosecutors said.

Four more were on trial with him related to the 2021 Capitol riots.

Three of the group, Jessica Watkins, Kelly Meggs and Kenneth Harrelson went inside the building during the attack.

Meggs was also found guilty of seditious conspiracy on Tuesday. Both Rhodes and Meggs now face a maximum 20-year sentence on the charges.

Harrelson, Watkins and a fifth member, Thomas Caldwell – were found not guilty of seditious conspiracy.

All five of the group members were found guilty of obstruction of an official proceeding.

Rhodes, who prosecutors say acted as a “battlefield general” during the riots, was also found guilty of tampering with documents or proceedings. He was acquitted of two other conspiracy counts.

The verdict comes after three full days of jury deliberation. 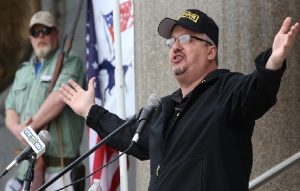 Speaking outside the courthouse following the verdict, lawyers for Rhodes said they were not pleased with the outcome, but that it wasn’t a clear-cut victory for the prosecution either.

“It’s a mixed bag,” said lawyer Edward Tarpley, adding he was grateful the jury found the defendants not guilty on some counts.

They intend to appeal against the convictions.

This was the first conviction of seditious conspiracy in the US since 1995, when 10 Islamist militants were convicted for trying to plant bombs at New York City landmarks.

The Civil War-era charge was first enacted to stop residents of southern states from fighting against the US government.

In order to be convicted of seditious conspiracy, prosecutors must prove that two or more people conspired to “overthrow, put down or to destroy by force” the US government, or that they planned to use force to oppose US authority.

Alan Rozenshtein, a law professor at the University of Minnesota and a former US Department of Justice lawyer, 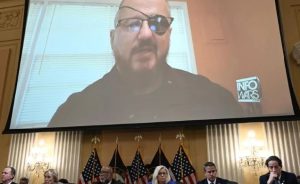 said the conviction of Rhodes was significant because it shows that a seditious conspiracy charge is “a viable and legal path for punishing the most serious anti-democratic conduct” in the country.

He added the mixed verdict proved that juries were able to apply the conviction responsibly.

The verdict was also a confidence boost for the justice department in their quest to prosecute more people in relation to the Capitol riots, Rozenshtein said.

Supporters of then-President Donald Trump, a Republican, stormed Congress on 6 January 2021 in a bid to thwart certification of Joe Biden’s election victory.

So far around 900 people in nearly all 50 states have been arrested for taking part in the riot.

During the Oath Keepers trial, the court heard the defendants stashed dozens of weapons in a hotel room in Virginia, just across the Potomac River from Washington DC, and planned to bring them into the city in the event of mass civil disorder. (Int’l News Desk)