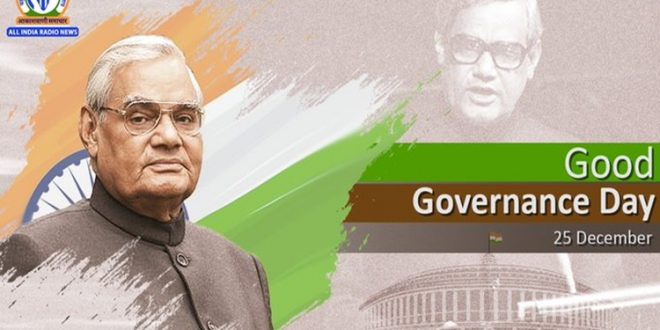 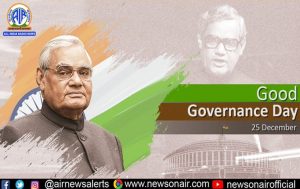 The day is also celebrated as Good Governance Day.

Vajpayee was elected ten times to the Lok Sabha and twice to the Rajya Sabha. He was a parliamentarian par excellence, who had the trust, affection and belief of the people in his leadership. As a parliamentarian and particularly as Prime Minister, he made innumerable important contributions which paved the way for a stronger economy through bold reforms and rapid development of infrastructure.

The President had awarded the nation’s highest civilian honour, the Bharat Ratna to Pandit Madan Mohan Malaviya posthumously and Atal Bihari Vajpayee in 2015.