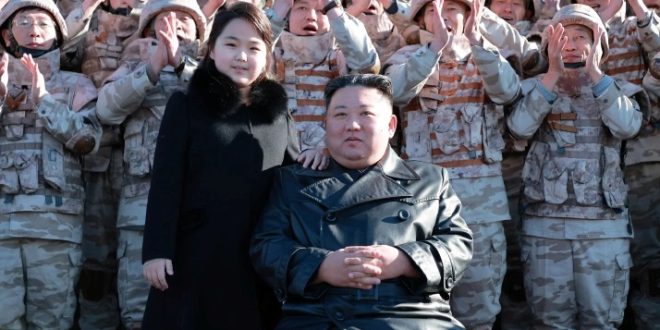 PYONGYANG: North Korean leader Kim Jong Un’s presentation of his young daughter at recent public events is likely an attempt to show his people that one of his children will one day inherit the leadership in what would be the third power transfer to a Kim family member in Pyongyang, South Korea’s spy service has told legislators. 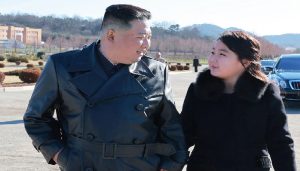 Kim was photographed escorting his daughter to three events in the past few months: a ballistic missile launch site, a photo session with North Korean weapons scientists and a tour of a missile storage facility.

North Korea’s state news media called the girl Kim’s “most beloved child”, sparking outside debate over whether she is being groomed as his heir apparent, although she is believed to still be nine or 10 years of age.

In a closed-door parliamentary committee meeting on Thursday, South Korea’s National Intelligence Service (NIS) said it believed that by taking his daughter to public places, Kim wants to show North Koreans his resolve to hold another round of hereditary power transitions within his family, Yoo Sang-bum, one of the legislators who attended the private NIS briefing, told reporters.

But the NIS said Ju Ae’s public appearance with her father, the first for any of Kim’s children did not necessarily mean it will be her who succeeds Kim, Yoo added.

South Korean news outlets have reported that Kim has three children born in 2010, 2013 and 2017 and that the first child is a son while the third is a daughter. 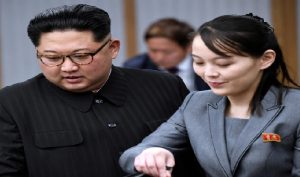 In its earlier assessment, after the daughter’s first appearance in November, the NIS told legislators she is Kim’s second child, Ju Ae, and is about 10 years old.

The agency said at the time that her unveiling at the missile launch site appeared to reflect Kim’s intentions to commit to protecting the security of North Korea’s future generations in the face of a standoff with the United States.

Kim Jong Un, who turns 39 on Sunday, is the third generation of his family that has successively ruled North Korea since its 1948 foundation. He inherited power from his father Kim Jong Il upon his death in December 2011. Kim Jong Il took over when his father and state founder Kim Il Sung died in 1994.

Kim Jong Un’s half-brother, Kim Jong Nam, who was Kim Jong Il’s eldest son, was once seen as a potential heir to the country’s dynastic leadership, until he publicly fell from grace in 2001 when he was caught trying to enter Japan on a fake passport to visit Tokyo Disneyland.

Kim Jong Nam was killed at a Malaysian airport in 2017 after two Asian women smeared the lethal nerve agent VX on his face. South Korea’s spy service accused Kim Jong Un’s government of being behind the attack. 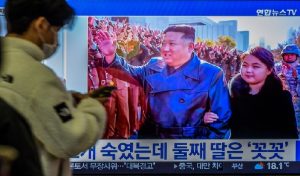 During Thursday’s briefing, the NIS also said former North Korean foreign minister, Ri Yong-ho, who was involved in now-dormant nuclear diplomacy with the US, has been purged, according to Youn Kun-young, another legislator who was at the meeting.

If true, it would be the highest-profile purge by North Korea in recent years.

In his earlier period of rule, Kim Jong Un engineered a spate of executions, purges and dismissals of senior officials, including the killing of his powerful uncle, in an apparent effort to solidify his grip on power.

Youn quoted the NIS as saying it has not yet determined whether Ri Yong-ho was executed.

The spy agency did not explain why Ri was purged.

Career diplomat Ri took part in the 2018-2019 nuclear summit with the US over how to exchange North Korea’s denuclearization steps for economic and other benefits. (Int’l Monitoring Desk)

Share
Previous US warship transits through Taiwan Strait: China
Next Panic in Indian town over large cracks in homes