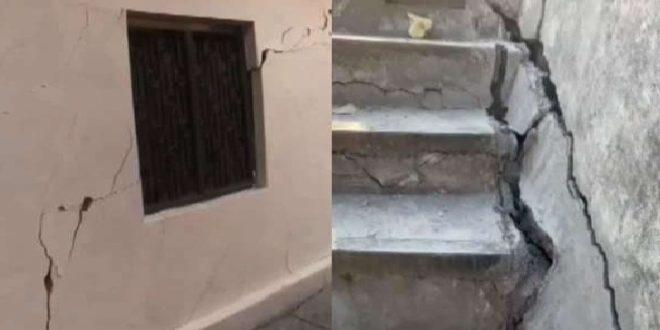 Panic in Indian town over large cracks in homes

NEW DELHI: Residents of Joshimath town in Uttarakhand state are demanding evacuation and rehabilitation after large cracks appeared in their homes. 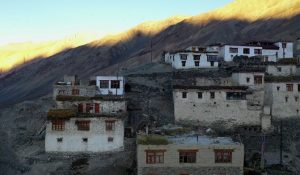 On Thursday, officials stopped several construction projects after thousands of protesters blocked a national highway in the Himalayan state.

The state’s chief minister is holding a high-level meeting on Friday to discuss the issue.

Dozens of people were evacuated to temporary shelters this week.

District officials have said that cracks have developed in more than 500 houses in the area due to gradual land subsidence, which refers to the ground slowly sinking.

This is not a recent problem in 1976, a government committee had flagged the risks of land sinking in Joshimath after residents complained of cracks in their houses. In its report, the panel had also warned against allowing heavy construction work in the area but in the decades since, construction activity has increased manifold in Uttarakhand state, which is situated in the ecologically fragile Himalayan region. The state is home to a number of revered Hindu shrines that draw millions of pilgrims every year.

Rampant construction, experts have said, is damaging the ecological balance of the region, which is vulnerable to earthquakes and landslides. 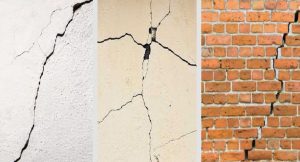 On Thursday, officials said several construction projects – including the ambitious Char Dham (Hindu pilgrimage route) road-widening project – were being halted “until further orders”. In October, journalist Vineet Khare visited Joshimath and spoke to several residents who were living in fear.

“We leave the house the moment it starts raining because we’re scared,” Sumedha Bhatt, who lives in Ravigram village, told him.

On that visit, the journalist found that many people had already begun leaving their houses as the cracks had started widening after heavy rains. Some families had also resorted to makeshift measures, such as using polyethylene sheets to prevent seepage and using wooden planks to offer additional support to their houses.

Geologist Swapnamita Vaideswaran, who has been using archival and satellite imaging to map the scale of the subsidence, said that her work over the past two years showed that Ravigram village was sinking by 85mm per year.

Cracks have reportedly developed in as many as 561 houses in Joshimath as a result of continued land subsidence in the town, stated the District Disaster Management Department. 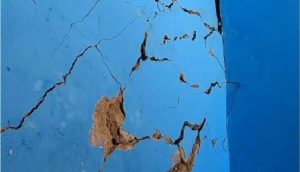 Following the appearance of cracks in the houses, a total of 66 families are reported to have migrated from Joshimath as of now.

“Now the process of increasing cracks in Singhdhar and Marwadi has started. Badrinath NH near Singhdhar Jain locality and JP Company Gate in Marwadi, near the forest department check post, is continuously cracking. This crack is increasing every hour which is worrying,” said Joshimath Municipal Chairman Shailendra Pawar

As many as nine houses in Marwadi have reported cracks and at the same time cracks have started appearing in most public roads of the ward, stated the City Board Chairman, Joshimath. District Disaster Management Department has also reported cases of water seepage from underground in JP Colony, Marwadi ward of Joshimath.

“Cracks are also increasing on all the main roads of Sunil Ward due to which people are facing a lot of difficulty in walking,” said Shalendar Panwar.