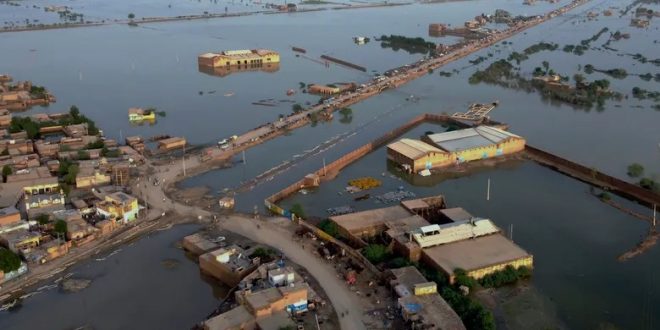 ISLAMABAD/ KARACHI: Human-caused climate change likely contributed to the deadly floods in Pakistan recently, experts say in a new scientific analysis that looked at how much global warming was to blame. 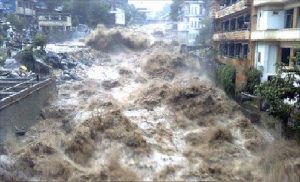 The World Weather Attribution, a collection of mostly volunteer scientists from around the world who do real-time studies of extreme weather, released their report on Thursday.

The study said global warming was not the biggest cause of the catastrophic floods that at one point submerged one-third of the country, affecting 33 million people, killing more than 1,500 so far, and destroying more than a million homes.

“The same event would probably have been much less likely in a world without human-induced greenhouse gas emissions, meaning climate change likely made the extreme rainfall more probable,” the study said.

“What we saw in Pakistan is exactly what climate projections have been predicting for years … It is also in line with historical records showing that heavy rainfall has dramatically increased in the region since humans started emitting large amounts of greenhouse gases into the atmosphere,” she said. 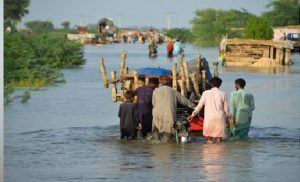 Otto said while it was hard to put a precise figure on the extent to which man-made emissions drove the rainfall, “the fingerprints of global warming are evident”.

The study found that August rainfall in the worst-hit Sindh and Balochistan provinces together nearly the size of Spain was eight and nearly seven times normal amounts, while the country as a whole had three and a half times its normal rainfall.

The scientists not only examined records of past rains, which only go back to 1961, but they used computer simulations to compare what happened last month with what would have happened in a world without heat-trapping gases from the burning of coal, oil and natural gas and that difference is what they could attribute to climate change.

Study co-author Fahad Saeed, a climate scientist at Climate Analytics and the Center for Climate Change and Sustainable Development in Pakistan’s capital Islamabad, said numerous factors made this monsoon season much wetter than normal, including La Nina, the natural cooling of part of the Pacific Ocean that alters weather worldwide but other factors had the signature of climate change, Saeed said. A nasty heatwave in the region earlier in the summer which was made 30 times more likely because of climate change, increased the differential between land 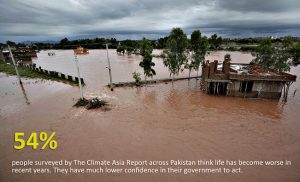 and water temperatures. That differential determines how much moisture goes from the ocean to the monsoon and means more of it drops.

“This disaster was the result of vulnerability that was constructed over many, many years,” said study team member Ayesha Siddiqi of the University of Cambridge.

Muhammad Irfan Tariq, an Islamabad-based climate expert, told media the World Weather Attribution report is an attempt to “understand linkages between climate change and the type of developmental paradigm being pursued”.

Tariq, who is also a member of a working group of the Intergovernmental Panel on Climate Change (IPCC), a United Nations body, said natural disasters will become more frequent and extreme as the climate crisis intensifies.

“We reported this earlier as well and you just need to look at events that unfolded this year in Pakistan. We have had heatwaves, we have had droughts, we have had extreme monsoon. The cycle is changing so much and so rapidly that everything is now becoming a major disaster,” he told media. 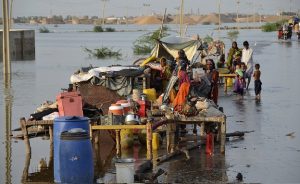 The World Meteorological Organization this week said that weather-related disasters such as Pakistan’s had increased five-fold over the last 50 years, killing 115 people each day on average.

The warning came as nations are gearing up for the COP27 climate summit in Egypt in November, where at-risk countries are demanding that rich, historic polluters compensate them for the climate-drive loss and damage already battering their economies and infrastructure.

Study co-author Saeed said the floods showed the need for richer nations to radically ramp up funding to help others adapt to climate change, another key ask at COP27.

“Pakistan must also ask developed countries to take responsibility and provide adaptation plus loss and damage support to the countries and populations bearing the brunt of climate change,” he said.