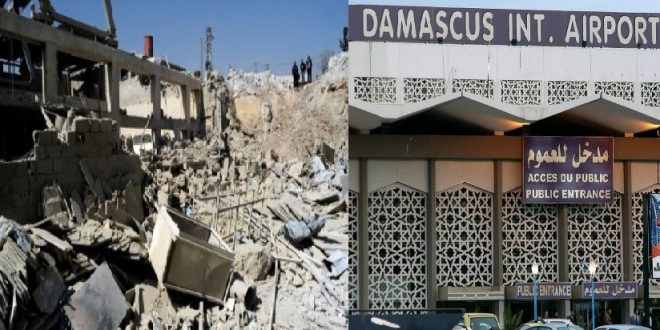 DAMASCUS: Israel has carried out an air strike on Syria’s Damascus International Airport and other positions south of the capital, killing five soldiers and causing material damages, the ministry of defence said. 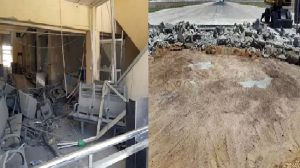 Syrian air defences intercepted the attack and managed to down most of the missiles, the ministry said in a statement early on Saturday.

There was no immediate confirmation if the strike has affected flight operations at Damascus airport.

The defence ministry said on its website that the attack was launched at around 00:45 local time (21:45 GMT) with missile fired from the air from the northeastern direction of Lake Tiberias, targeting the airport and other targets south of the city.

“The aggression led to the death of five soldiers and some material damage,” Syria’s official news agency Sana quoted a military source as saying.

Israel has intensified strikes on Syria’s airports on the grounds that it wants to disrupt Tehran’s increasing use of aerial supply routes to deliver arms to allies in Syria and Lebanon, including Hezbollah, a regional diplomatic and intelligence sources told Reuters.

An Israeli missile strike in the countryside around the capital Damascus and south of coastal Tartous province killed three soldiers last month. 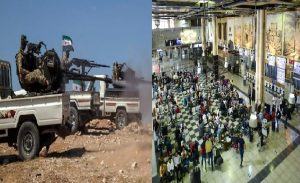 In the past month, Israeli air strikes have twice targeted Aleppo airport.

While Israel rarely comments on individual attacks, it has acknowledged carrying out hundreds in Syria that it has said are necessary to prevent regional rival Iran from gaining a foothold on its doorstep.

Tehran considers air transport as a more reliable means of ferrying military equipment to its forces and allied fighters in Syria, following disruptions to ground transport amid an ongoing civil war.

Hundreds of thousands of people have died and millions made homeless since protests against Syrian President Bashar al-Assad in 2011 developed into a civil conflict that drew in foreign powers and left Syria carved into competing zones of control. (Reuters)