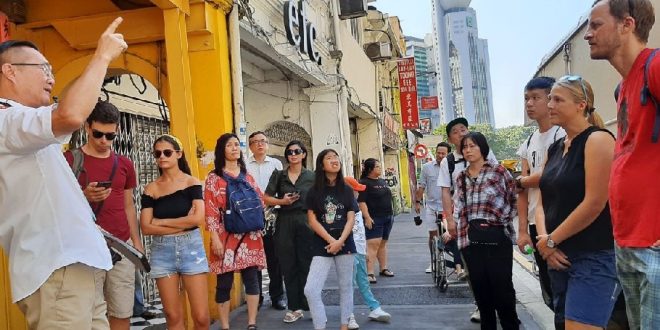 Float For Health, located in Tanjung Tokong, a coastal township on the northeastern side of Penang island, shut up shop for good in January 2021 as border restrictions introduced to keep out COVID-19 reduced customers to a trickle. 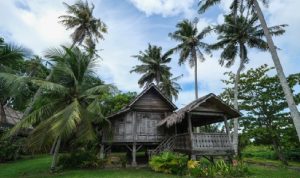 “Eighty percent of my customers were tourists, and at that time, anyone working in this industry suffered for obvious reasons,” Wilkinson, who also runs the restaurant Heap Seng at 29 in George Town, told media.

Malaysia reopened its borders to tourists in April, before dropping all vaccination and PCR-test requirements in August but nearly a year since hailing the return of international visitors, Malaysia’s tourism sector is not only struggling but playing catchup to its Southeast Asian peers.

Malaysia welcomed about 3 million visitors in 2022, up from 134,728 visitors the previous year, according to Tourism Malaysia. The intake was just about 12 percent of the number that arrived in 2019.

Vietnam’s 3.6 million foreign visitors, although short of the government’s target, was about one-fifth of its intake in 2019.

Tourist industry figures have offered a range of explanations for Malaysia’s weak rebound from the pandemic compared with its neighbors, from poor cost competitiveness to the country’s reputation as a buttoned-up, predominantly Islamic society. Tourism Malaysia declined to comment. 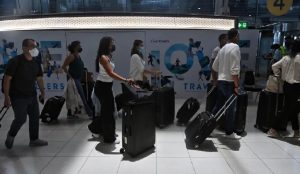 Earlier this month, the Malaysian Islamic Party-backed state government in Kedah, home to the popular duty-free resort island Langkawi, caused jitters in the tourism sector when it floated a possible ban on alcohol sales.

Kedah Chief Minister Datuk Seri Muhammad Sanusi Md later clarified that the sale of alcohol in Langkawi is under the jurisdiction of the Finance Ministry, not the state government, and the state government had no authority to interfere with the tourist island’s duty-free status.

Malaysia already has some of the world’s highest alcohol taxes and imposes harsh punishments for drug offences, including the death penalty for trafficking.

Neighboring Thailand, meanwhile, has built on its reputation for having a tolerant attitude towards vices, decriminalizing cannabis in June 2022.

“From mid-December to mid-March, I used to have 80-90 percent of clients from Europe, and now I only have about 60 percent,” Anthony Wong, owner of Frangipani Langkawi Resort & Spa, one of the island’s oldest eco-resorts, told media.

“Flights to Malaysia from Europe are less [frequent] and more expensive, and Langkawi is not as cheap as its neighbors, especially the accommodation. … Europe is also going into recession, with inflation going up, and issues related to the ongoing war in Ukraine make it more challenging for them to spend money on travelling,” Wong said. 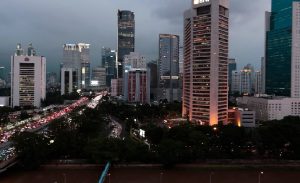 Wilkinson, who relocated his flotation therapy business to Indonesia’s Bali to take advantage of the higher tourist numbers and what he said was more dependable labour, said Malaysia could not afford to be complacent about its attractiveness to foreign visitors.

“We need to stimulate tourism somehow before it’s too late, as Malaysia is losing massively to Thailand and Indonesia,” he said.

“Even though Malaysia has a much wider variety of cuisines, our food and beverage scene and quality isn’t quite up to par compared to our neighbors, which also have lower alcohol tax and are more open to new ideas of tourism.”

Fabio Delisi, manager of Kuala Lumpur-based inbound tour operator Lotus Asia Tours, said he believes Malaysia’s potential has been held back by lacklustre promotion and relatively poor connectivity compared with other parts of the region.

“Malaysia does not lack attractions, especially natural ones. Tourism development suffers from inconsistent policies and promotional activities over the past decades,” Delisi, who has more than 30 years of experience in tourism across the region, told media. “Tourism is a very long-term public relation exercise.”

Delisi, whose company also operates in Indonesia and Singapore, said Malaysia’s fortunes have stood in stark contrast to those of Indonesia. 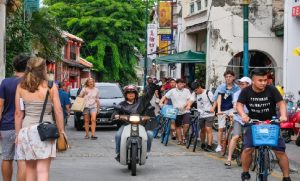 “We are wholesalers operating in Malaysia, Indonesia and Singapore since the early nineties, and in 2022 have experienced a decline of arrivals of up to 90 percent from our main Western markets into Malaysia, while we have seen double-digit growth in Indonesia for the same period,” he said.

In East Malaysia, which is separated from Peninsular Malaysia by the South China Sea, there are signs that tourism is rebounding much faster.

Operators there have benefitted from a niche market of high-spending Westerners seeking out tropical adventures in Malaysia’s eastern states on the island of Borneo, which is renowned for its wildlife and unspoiled nature.

“We hit the same revenue as 2019 last year despite it being an eight-month operation,” Jessica Yew, director of boutique tour company Sticky Rice Travel, which has its headquarters in Kota Kinabalu, the capital of Sabah state, told media.

“It’s mostly because of our market segment. [We cater to the] high-end/deluxe US market, the pandemic had little to no effect on their finances, and they were just waiting for the border to reopen. Europeans and British inquiries trickle in, but closing the sale for these is harder.”

For those with less to spend, travel and accommodation costs in Borneo, which are at their highest in years, could be off-putting. 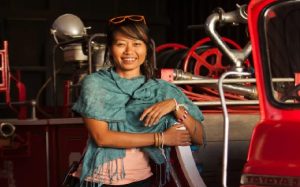 “Most lodges and transport providers introduced a hike of up to 20 percent, while government agencies such as Sabah Parks doubled the price of some permits and entrances,” Yew said.

When added to the costs of guides, food, and accommodation, the cheapest packages to tackle the summit come to about $550 per person.

While Sabah is generally cheap outside conservation areas, only some of the state’s protected parks are promoted by authorities as the main selling points for visitors.

“I tell people to go to Sumatra [in Indonesia] to see orangutans, as it costs one-third to one-fifth of Malaysian Borneo’s prices,” Yew said.

For many other operators, the return of Chinese and South Korean visitors, the biggest cohort of visitors to Sabah before the pandemic, will be crucial to their fortunes in the coming year.

Businesses, in particular, are keeping a close watch on China’s reopening of its borders last week after three years of international isolation.

Still, some within the sector are sceptical of any quick fix to the sector’s struggles.

“We are paying the price for more than twenty years of random policies without focus and continuity,” said Delisi of Lotus Asia Tours.

“Despite the effort of a number of good technocrats, without a framed, coordinated and consistent strategy, I don’t see how things may change or improve soon.”