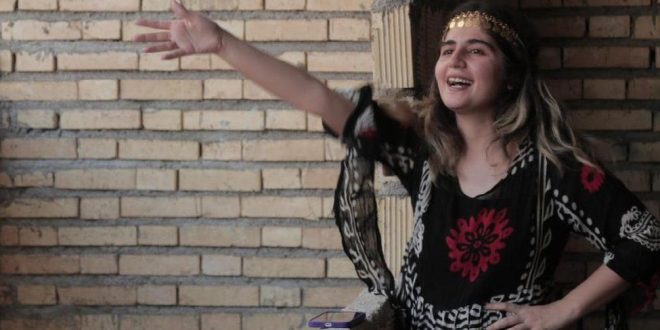 TEHRAN: One of Iran’s most prominent female activists has described how confessions are forced out of prisoners, in a letter written inside a notorious jail.

Sepideh Qolian has been serving a five-year sentence since 2018 after being convicted of acting “against national security” for supporting a strike. 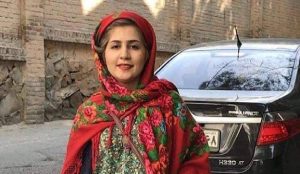 Writing from Evin prison, she describes the brutal treatment of her and other detainees by interrogators.

Their forced confessions are later broadcast on state-run television.

Alluding to the current anti-government protests sweeping the country, Qolian writes: “In the fourth year of my imprisonment I can finally hear the footsteps of liberation from all across Iran.

“The echoes of ‘Woman, Life and Freedom’ can be heard even through the thick walls of Evin prison.”

Qolian is currently studying law in prison. In her letter she describes how Evin’s “cultural” wing – where she takes her exams – has been turned into a “torture and interrogation” building, and says she has witnessed young detainees being interrogated there.

“The exam room is filled with young boys and girls and the shouts of torturers can be heard,” she writes.

Qolian describes a scene she witnessed on 28 December 2022 as she was taken to the wing for her exam.

“It’s freezing cold and snowing, near the exit door of the building, a young boy blindfolded and wearing nothing but a thin grey T-shirt is sat in front of an interrogator. 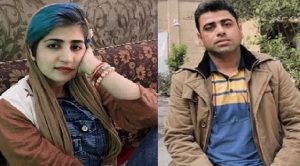 “He’s shaking and pleading: ‘I swear to God I didn’t beat anyone.’ They want him to confess. As I am passing I shout: ‘DO NOT confess,’ and ‘Death to you tyrants.'”

So far, at least 519 protesters including 69 children have been killed and 19,300 arrested, according to the Human Rights Activists’ News Agency (HRANA). Thousands have been imprisoned.

Many of those arrested face the death penalty and so far four protesters have been hanged after their confessions were shown on TV.

Human rights activists and lawyers say their trials were held without legal representation, and after the defendants were tortured. Authorities deny these claims.

Since the start of the mass protests in September last year, dozens of forced confessions of detained protesters have been broadcast.

In her letter, Sepideh Qolian recalls her own interrogation and forced confession in 2018, after she was arrested for supporting the workers’ strike and protest at a sugar factory in Iran’s Khuzestan province. 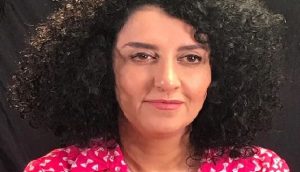 Qolian describes being interrogated by a woman who she hoped might be softer on her than her male interrogators and “at least she won’t sexually assault me” but she writes that her hopes were short lived – the female interrogator “kicked the leg of the desk and shouted ‘you communist whore, who did you sleep with?'”

In December last year, Narges Mohammadi, a female human rights activist who is serving a 34-year prison sentence, gave a detailed account of how women arrested in recent protests are being sexually abused in prison.

Qolian says her female interrogator lifted her blindfold and ordered her to describe her alleged sexual relations on camera. Qolian refused to cooperate.

She describes that after hours of being interrogated, she begged to be taken to the toilet. Once they got to the women’s toilets the female interrogator shoved her inside and locked her in.

According to Qolian, the toilet she was locked in was inside an interrogation room, and she could hear a man being tortured and whipped.

“The sounds of torture continued for hours or maybe a day, maybe more, I lost track of time,” she writes.

Qolian explains that after being released from the toilet, sleep-deprived after three days of continuous interrogation, she was taken to a room where a camera was set up. 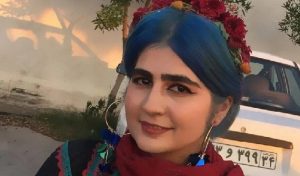 “I took the script from her as I was half-conscious and sat in front of the camera and read it,” she writes. Based on those very confessions, she was sentenced to five years in prison.

In 2019 Qolian was in Qarchak prison and recognized her interrogator while she was watching the forced confessions of another prisoner on TV.

In a public letter she identified the interrogator as Ameneh Sadat Zabihpour, an “interrogator-journalist” with ties to the Islamic Revolutionary Guard Corps.

In November 2022, the US Treasury department sanctioned Zabihpour for her role in obtaining and broadcasting forced confessions of dual nationals and other prisoners.

Zabihpour sued Qolian, who received an additional eight-month sentence because of her accusations.

Qolian ends her letter describing the protests as a “revolution”.

“Today the sounds we hear on the streets of Marivan, Izeh, Rasht, Sistan and Baluchistan and across Iran is louder than the sounds in interrogation rooms, this is the sound of a revolution, the true sound of woman, life and freedom.” (Int’l Monitoring Desk)