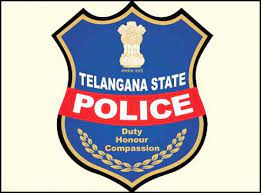 Hyderabad, Oct.15 (PMI):  The Telangana police have written to all commissioners against possible PFI attacks on a certain community in the State.

In an internal letter addressed by the Telangana Additional Director General of Police- Intelligence, it said: “PFI Inputs indicate that PFI cadres are contemplating attacking RSS/Hindu activists in Kerala and Tamil Nadu and the possibility of similar contemplation in the state cannot be negated.

In view of the above, all the unit officers are requested to keep a tab on the activities of PFI and its associates or affiliates or front organizations and sensitize all the concerned in their respective jurisdiction to take all necessary precautionary measures to avert any untoward incident and maintain law & order, peace, and harmony.”

The letter has been issued to all commissionerates and even specific wings working under them.

Earlier, the Ministry of Home Affairs stated that it found it necessary to curb the nefarious activities of the organization and has hence declared the Popular Front of India (PFI) along with its associates or affiliates or fronts including Rehab India Foundation (RIF), Campus Front of India (CFI), All India Imams Council (AIIC), National Confederation of Human Rights Organization (NCHRO), National Women’s Front, Junior Front, Empower India Foundation and Rehab Foundation, Kerala as an “unlawful association” under the provisions of the Unlawful Activities (Prevention) Act, 1967.

The PFI is involved in several criminal and terror cases and shows sheer disrespect towards the constitutional authority of the country and with funds and ideological support from outside it has become a major threat to the internal security of the country,” the notification read.

The Centre also alleged that there have been several instances of international linkages of PFI with Global Terrorist Groups and some activists of the PFI have joined the Islamic State of Iraq and Syria (ISIS) and participated in terror activities in Syria, Iraq, and Afghanistan.