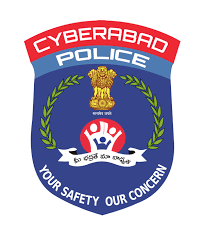 Based on a complaint filed by a woman victim from Begumpet, a case in Cr. No 844/2022 was registered. Police said Oscar Leone introduced himself as a doctor from USA and after a few days the victim chatted with him on WhatsApp Ph.No+17622377073. They later developed friendship and the accused told her that he was sending a parcel in which gold jewelry, electronic gadgets and some cash was enclosed.

Later, another person called the victim introducing himself as an official from Customs department of Delhi International Airport and demanded her to pay Customs Tax for the gifts she received from Oscar Leon. He collected an amount of Rs 2.2 lakh from the victim towards various charges.

During the investigation, the Cyber Crime police found the accused to be in Delhi and arrested them. On interrogation, they revealed that they visited Delhi on student VISA, created fake profiles over Instagram and Facebook using the photos of white people and sent follow/friend requests to women. Later they chatted with mobile numbers starting with in +1 and +44 numbers and made the victims believe that they are chatting with foreigners.

Later, they made friendship with the victim women after gaining their confidence and told them that they are sending a gift as a token of their friendship. They sent photos of gold jewelry, cellphones, laptops, cash, and so on. Later, their associates called the victims and introduced themselves as officials from Customs department of International Airport, Delhi and collected money from the victims in the name of Customs Duty, Income Tax, RBI charges, conversion charges and so on.

The police appealed to the people to take care while accepting friend/follow requests from unidentified people over Facebook/Instagram. The cops also asked them not to entertain telephone calls impersonating officials from Customs department.