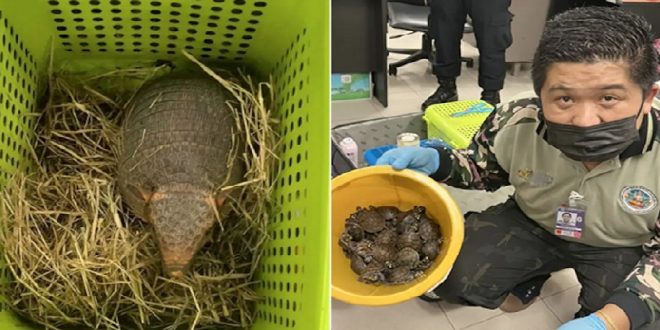 BANGKOK: An Indian man has been arrested at Thailand’s main airport attempting to smuggle out a menagerie of live creatures including a white desert fox and a raccoon, officials said Wednesday. 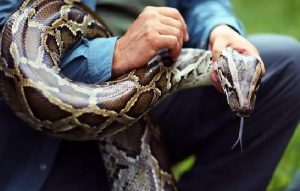 The Southeast Asian kingdom is a major transit hub for wildlife smugglers who often sell the animals to China and Vietnam although recent months have seen an uptick in trafficking to India.

Abilash Annaduri, 21, was found with 17 live creatures of six species, Thailand’s Department of National Parks, Wildlife and Plant Conservation said in a statement.

It said his haul included a white desert fox, a raccoon, two iguanas and a pair of white pythons as well as three monitor lizards and eight marmoset monkeys.

All of the animals were found in plastic baskets, hidden underneath snacks and packed in luggage, as he passed through X-ray machines at Bangkok’s Suvarnabhumi airport Tuesday night en route to Chennai. 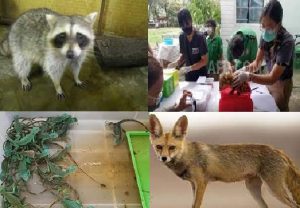 “Thai authorities arrested a man trying to smuggle animals to India,” said Prasert Sonsatapornkul, a division director at the conservation department, adding that he had noted an increase in trafficking to India.

Officials estimated the creatures would be worth around 98,000 baht ($2,760) but they were perplexed as to how the animals came into Thailand.

“We can’t find microchips on these animals so we do not know where they come from,” Prasert said.

Annaduri has been charged with wildlife smuggling and detained for questioning by police. The rescued animals were sent for medical check-ups. (Int’l Monitoring Desk)