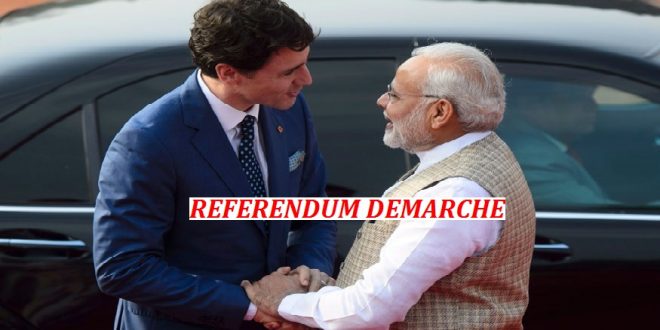 NEW DELHI/ TORONTO/ LONDON: The Narendra Modi government has served a demarche to the Justin Trudeau government asking it to stop the Khalistan Referendum organized by pro-Khalistan secessionist group Sikhs for Justice (SFJ) in Ontario on November 6. 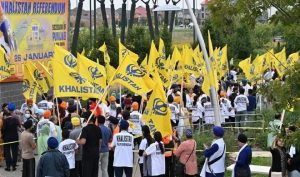 The demarche was served to a senior official of the Canadian High Commission in India by a senior Ministry of External Affairs official and the same will be conveyed by the Indian Embassy in Ottawa to Global Affairs.

New Delhi has reminded the Canadian govt of the bombing of the Emperor Kanishka aircraft (Air India flight 182) in 1985 which blew up over the Atlantic Ocean killing all 329 aboard, including 268 Canadian citizens.

The SFJ immediately shot back and challenged S. Jaishankar for a live TV debate. In a statement issued from Toronto, the SFJ denouncing and declaring the Air India Flight 182 Bombing as the most horrific and worst ever act of terrorism against the Canadians.

The SFJ released a video from Kanishka Memorial in Toronto challenging that there is clear evidence that Talwinder Singh Parmar was never charged or convicted while Indian diplomats Surinder Malik, Brij Mohan Lal and Davinder Singh Ahluwalia were removed in July 1985 after Canadian Security Intelligence Service (CSIS) unearthed evidence of Indian Spy Network in Canada responsible for destabilization activities. 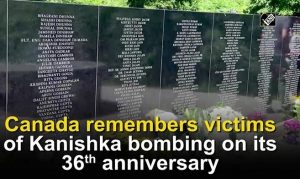 Pointing to evidence of India’s role in Kanishka bombing, SFJ General Counsel Gurpatwant Singh Pannun in his video message challenged India’s Minister for External Affairs to “hold a live debate on TV with SFJ on who is behind Kanishka Bombing – India or Pro Khalistan Sikhs?”.

Pannun, a New York registered lawyer, raised the following specific questions on the role of India in Kanishka tragedy: why Indian Diplomats Surinder Malik, Brij Mohan Lal and Davinder Singh Ahluwalia were removed in July 1985 From Canada; why India never filed any criminal case against Ripudaman Malik and Talwinder Singh Parmar on the charges of their alleged involvement in Kanishka Bombing; why Ripudaman Singh was issued visa and allowed to visit India in 1994; why Indian Banks issued $200 Million Line of Credit to Ripudaman Malik while he was facing prosecution in Canada for his role in Air India Bombing; why Ripudaman Malik was the state guest of the Modi Government during 2019; why RAW Chief Samant Goel met with Ripudaman in New Delhi in 2019?

Emphasizing that Khalistan is a political opinion and referendum for the independence of Indian occupied Punjab is a peaceful and democratic initiative, Pannun also announced to dedicate the Khalistan Referendum Voting Centre in 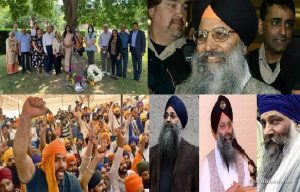 India started protesting with the Canada government in August this year as the SFJ prepared to hold Khalistan Referendum’s first phase in Toronto on 16 September which was attended by over 110,000 people for voting. India has been telling Canada that the voting will be used to divide the Indian diaspora by allowing students to vote by the Sikh for Justice (SFJ) organization, which is banned in India but operating legally all over the world.

The Indian government wants the Canadian Premier to condemn the Khalistan Referendum in the same way it condemned Russia’s planned referendums in Ukraine.

On September 21, 2022, Justin Trudeau had tweeted: “Canada denounces Russia’s planned “referendums” in occupied regions of Ukraine. We will never recognize them. This is a blatant violation of international law. It is a further escalation of war. And it is unacceptable.” 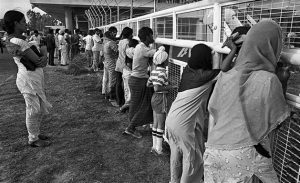 India shot the demarche, or a formal note of protest, to Canada after the SFJ announced that the second referendum would be held on 6 November in Paul Coffey Arena, Mississauga. The last one was held on 19 September in Brampton, Ontario.

Prominent NDP leader Jagmeet Singh backed the referendum and said Saturday: “Some people are spreading false information to create division, distract and misinform the public. The straightforward thing is that seeking impudence through a referendum is an inalienable right of all peoples. It is not a crime to seek secession and independence through Referendum.”