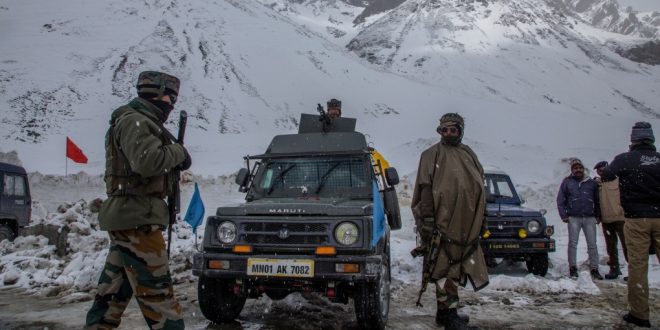 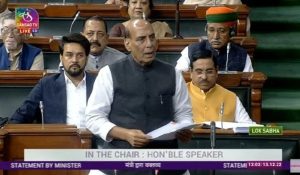 “PLA troops attempted to unilaterally change the status quo by encroaching on the Line of Actual Control, in the Yangtse area of Tawang sector,” Singh said, referring to the People’s Liberation Army.

“Our army faced this attempt of China with firmness. A scuffle ensued in this face-off. The Indian Army bravely prevented the PLA from encroaching on our territory, and forced them to withdraw to their posts. Some soldiers from both sides were injured in the skirmish.”

The Chinese embassy in New Delhi did not immediately respond to a request for comment. Beijing has yet to comment on the matter.

The fight was the first between the two countries since deadly clashes in June 2020 when Indian and Chinese troops were involved in a hand-to-hand combat in the Galwan Valley of Ladakh, abutting the Chinese-held Tibetan plateau. 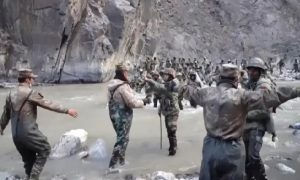 Tensions have simmered between the countries since a clash in 2020 that left 20 Indian soldiers and at least four Chinese troops dead.

The exact path of the border, some of which is more than 4,000 metres (13,100 feet) above sea level, has never been demarcated.

Winter temperatures can plunge below minus 30 Celsius, cracking gun barrels and seizing up machinery.

Even before the June 2020 clash, India was moving strategically closer to the West, deepening security cooperation with the United States, Japan and Australia in the Asia-Pacific region.

United by their concern about China’s increasing influence in the region, together they make up the so-called Quad alliance.

India has also embarked on a $130-billion modernization of its armed forces including ordering attack helicopters from the United States and a missile defence system from Russia. 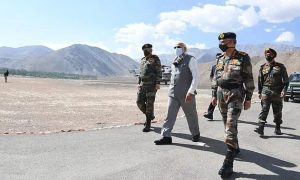 Earlier, China has warned the United States to not interfere in its relationship with India following deadly border skirmishes between the Asian giants in 2020, the Pentagon said in a report.

Ties between India and China have nosedived since the worst border clashes between them in 45 years killed 20 Indian and four Chinese soldiers. Deployment of troops has remained high on their Himalayan border since then, though India’s imports from China have surged.

India is part of the so-called Quad alliance with the United States, Japan and Australia that aims to keep China’s influence in the Indo-Pacific region in check.

“Throughout the standoff, PRC officials sought to downplay the severity of the crisis, emphasising Beijing’s intent to preserve border stability and prevent the standoff from harming other areas of its bilateral relationship with India,” the US Department of Defense said in a report to Congress released on Tuesday, referring to the People’s Republic of China.