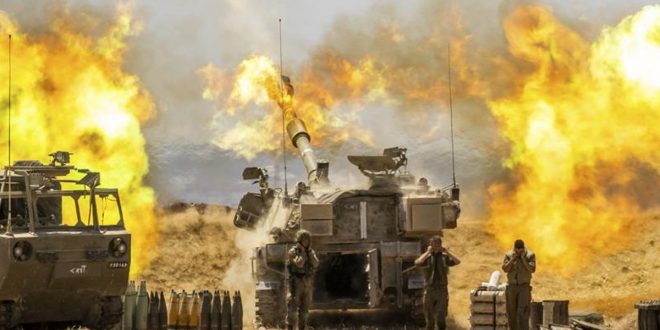 GAZA CITY/ UNITED NATIONS/ JERUSALEM: Hamas’s talks with the United Nations UN) over the humanitarian situation in the Gaza Strip have failed, the group’s leader in the enclave said.

“This was a bad meeting and it was completely negative,” Yahya Sinwar said on Monday.

“The meeting with the UN delegation was thorough and they listened to us. But unfortunately, there are no indications of intentions to solve the humanitarian crisis in the Gaza Strip.” 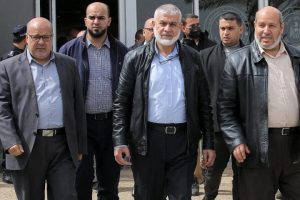 Sinwar made the remarks during a news briefing following the meeting in Gaza City with a senior UN delegation, including the UN special coordinator for the Middle East Peace Process, Tor Wennesland.

Sinwar also accused Israel of “blackmailing the Palestinian factions, including Hamas” with regards to solving the humanitarian situation in the Gaza Strip.

The latest developments come less than a month after Israel and Hamas agreed to a ceasefire that ended an 11-day Israel assault on the Gaza Strip on May 21.

The Israeli onslaught killed at least 257 Palestinians, including 66 children. Thirteen people were killed in Israel, including two children.

The Israeli attacks also destroyed 1,148 housing and commercial units in Gaza and partially damaged 15,000 others, leaving more than 100,000 civilians displaced in UN-run schools and other hosting communities.

Israeli media reported that Sinwar threatened an escalation of tensions with Israel if it did not allow Qatar to transfer $30m of funds to the Gaza Strip to help pay salaries.

Qatar has, in recent years, distributed hundreds of millions of dollars in cash to enable Hamas, which governs Gaza, to pay for fuel for the Strip’s power plant, civil servants’ salaries, and provide aid to tens of thousands of impoverished families.

Earlier this month, Qatari Minister of Foreign Affairs Sheikh Mohammed bin Abdulrahman al-Thani said at a financial conference in St Petersburg that the oil-rich Gulf country had invested about $1.4bn in Gaza since 2012.

Meanwhile, Gaza’s Pepsi bottling company was forced to halt operations – leaving hundreds without work – this week due to Israeli import restrictions that were tightened during the 11-day Israeli assault on Gaza, the company’s owners say.

With a ceasefire between Israel and Gaza’s Hamas largely holding, Israel on Monday allowed a limited resumption of exports from the enclave but it has kept in place tightened measures on raw material imports, including carbon dioxide gas and syrup that the bottling company’s factory needs to produce the soft drinks, said Pepsi Gaza’s Hamam al-Yazeji. 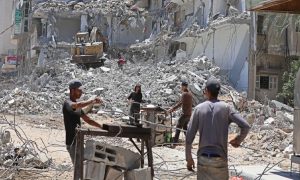 “Yesterday, we completely ran out of raw materials, and unfortunately we had to shut down the factory, sending home 250 workers,” Yazeji said.

Before the fighting last month, he said, Pepsi Gaza was generally allowed to import needed materials.

Shutdowns could also occur in other Gaza factories if Israeli restrictions are kept up, analysts say.

Asked for comment, COGAT, a branch of Israel’s defence ministry, said: “Due to the security situation, the import of industrial raw materials from the State of Israel into the Gaza Strip is not possible.”

COGAT said Israel was allowing other imports into Gaza, including fuel, food, medicine and medical equipment.

Israel and neighbouring Egypt keep tight control over Gaza’s borders and say the restrictions are necessary to stop weapons reaching Hamas and prevent them from being produced locally.