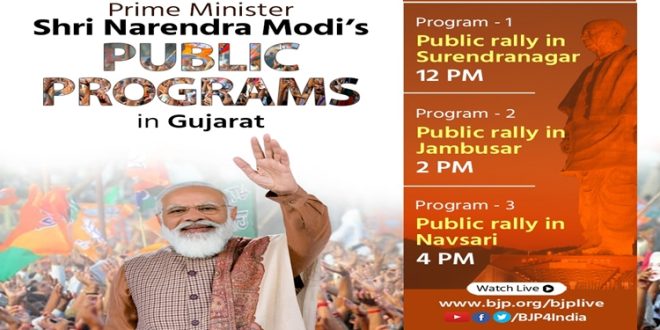 On the third day of his election campaign, Prime Minister Narendra Modi will address election rallies at Surendranagar, Jambusar, and Navsari today, November 21. In his public meetings, Mr. Modi is appealing to people to give BJP another chance for maintaining the pride of Gujarat and the development of the state.

Today, November 21, is the last day to withdraw the nomination for the second phase. In this phase, one thousand 112 nominations have been found valid.